The so-called ‘herding’ of Bottlenose Whales on the Clyde has failed. There is a report here in the Helensburgh Advertiser a few hours ago. It appears the Whales will not ‘play ball’. It’s clear the civil groups aiding the MOD to clear the Lough were unsure of what they were doing and indeed the confusing action may have distressed the pod by breaking it up.

It’s infuriating that this type of activity interfering with wildlife is described as a ‘rescue’ operation or ‘saving’ them. Environment and marine groups would be better applying pressure to NATO and some of the countries deploying sonar equipped submarines, vessels and aircraft.

The Celtic League has formally protested the Exercise to NATO HQ in Brussels urging that the parameters of the exercise scenario are altered to take account of the whale pod presence.

NATO is in the hot seat now as several sonar equipped ASW Frigates and Destroyers have been arriving in the Clyde ahead of tomorrow’s exercise start. Will it live up to the environmental values it espouses or will the coming weeks see dead Bottlenose, Pilot whales and other marine mammals washing up on beaches in Western Scotland and Ireland.

Image: Bottlenose Whale breaches during unsuccessful attempt to herd the pod away from Gare Loch and Loch Long. (pic BBC) 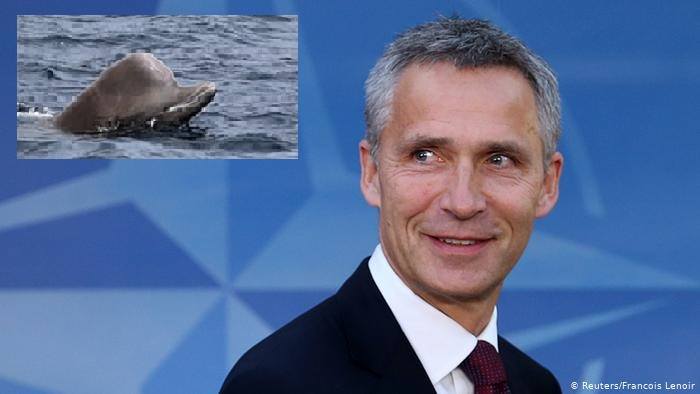