The UK right wing press are revelling following the news that PM Boris Johnson is sabre rattling over a possible no deal Brexit by threatening to deploy greater numbers of naval warships to protest UK fishing grounds.

Currently two River Class OPVs are deployed in the new scenario two more will be on standby. The UK has also indicated it may increase the number although how at a time RN resources are stretched is another matter.

Behind the headlines on this recent ‘storm at sea’ which has blown up the facts are more nuanced. For a start although the UK has a large territorial sea area fishery protection is a devolved issue. Would the Scottish government seek additional support for its area of responsibility. Marine Scotland already has three vessels and two aircraft and arguably its enforcement of fishery rules is more robust already. Similarly Wales has a number of small fishery protection vessels – the Isle of Man has a small single vessel.

Fisheries as an area of tension post Brexit were highlighted years ago and as recently as October the Irish Foreign Affairs and Defence Minister said that the Irish Naval Service should be ready to cope with ‘tensions at sea’.

The UK press has highlighted the fact that the RN fishery protection vessels will have the power to board and arrest vessels creating the impression that this is some new escalation. However these powers already exist and fishery officers from both the UK and EU already routinely board MFVs and Super Trawlers to check quota and catch.

Additionally incidents at sea can get out of hand as happened with the events a few months ago off North Donegal.

There will be flash points particularly in the Channel where waters around the Channel Islands are already disputed with France. However elsewhere there are areas of tension such as the delineation between the UK and the Faeroes (whose waters are policed by Denmark). Even inshore there are problems as in a still divided Ireland – Lough Foyle and Carlingford are disputed areas. I cannot see Boris sailing a River Class warship (or any other) into these areas.

Further complicating things is that many countries’ fishing fleet have historical rights built up over centuries to fishing grounds. What is sometimes not realised is that this involved protracted negotiation at the time of the UK accession to the UK so do we really think this will be solved overnight post Brexit (see attachment 1999 UK/Faroes/Denmark). Certainly one area of historic (or grandfather rights) is the access of UK vessels to Manx waters so what’s the Manx plan? Minister Geoff Boot recently said we haven’t got one!

It’s a complex area and ‘sending a gunboat’ will not resolve it political negotiations will. Mind you ‘Vlad Putin’ will be loving the sight of NATO allies squaring up to each other to sea just as the Navy of the Russian Federation starts to deploy more of its surface and undersea units into European and North Atlantic waters. 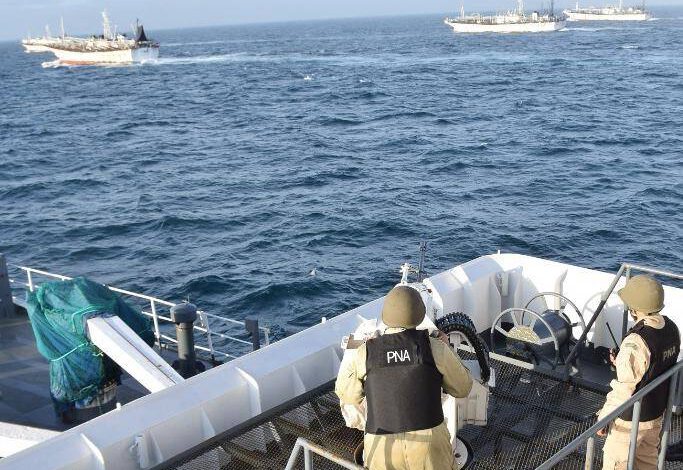 Scottish Government Distances Itself From Use Of Force Over Fishing