“the plans for an attack by Loyalist paramilitaries on a catholic primary school at Belleeks….shockingly….was suggested by British military intelligence and was even a step too far for the loyalist paramilitary leadership..”

The film documentary ‘Unquiet Graves’ screened this week by RTE starts quietly enough. It’s as if the narrator Stephen Rea doesn’t need to spice up the narrative; this is a story that will tell itself.

‘Another documentary on ‘The Troubles’ I think. After all with the revelations of recent years what can shock. All the characters I know from watching the events unfold over the years are there. Father Dennis Faul, the Pat Finucane Centre and the incomparable Anne Cadwallader, a journalist in the thick of reporting these things over decades.

Like Rea Cadwallader doesn’t overplay the dialogue but you still get the impression she can’t believe some of what she uncovered over decades could have unfolded in what terms itself a western democracy.

The narrative by former RUC Special Patrol Group officer John Weir which helped pull back the carpet on these events many years ago is gripping. Weit is literally like a ‘dead man talking’, his tone deadpan his expression lifeless. I think it’s less that Weit fears for his life (he’s interviewed in South Africa), more that he’s seen too many things he wants to forget and is dead already.

The second most shocking thing is the revelation surrounding the plans for an attack by Loyalist paramilitaries on a catholic primary school at Belleeks in which it was planned to kill all the children and teachers. Shockingly this was suggested by British military intelligence and was even a step too far for the loyalist paramilitary leadership who vetoed it. Even for mass murderers murder on this scale was a step to far. The most shocking thing is to find that when the PFC suggested to the RUC Chief Constable that he should investigate a Police Officer involved in the planning of this ghastly event he took no action.

British Army Brigadier Frank Kitson’s theories of course get a walk on part and you get the measure of the men controlling this new modern ‘Annal of Ulster’. Kitson was the twentieth centuries ‘Guru of ghastlyness’!

So ‘Unquiet Graves’ belies its calm start it does have new things to tell, new horrors to unravel and so much more is still concealed in the secret archives of both London and Dublin.

Returning to the primary school attack plan, this was hatched decades before the terrible attack by Chechen terrorists on the Russian school at Beslan in North Ossetia. If I were Putin I would be asking was there any liaison between British Intelligence and the Chechens…after all the West are not shy of accusing Putin of dastardly deeds.

‘Unquiet Graves’ is well worth viewing its on RTE player but outside of Ireland (if you can’t do a workaround) you can access it on Amazon Prime. 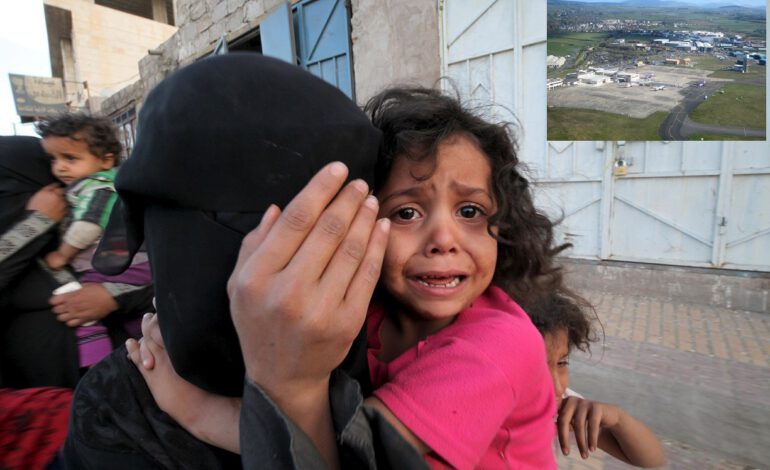 From ‘The Butcher of Bahrain’ to the PSNI