On Wed. two thirds of the population of Oileán Thóraí (Tory Island ) travelled to Dublin to Dáil Éireann (the Irish parliament) to protest about proposed Government changes to the ferry service to the island. The island is 9 miles of the Donegal coast, a journey of two hours in seas which are noted for their roughness.  They were met by supporters had gathered from 10.30 onwards at the Dáil gates, up to 200, from a variety of organisations, Misneach , Conradh na Gaeilge  and the Irish Branch of the Celtic League amongst them.

Tory is a Gaeltacht (Irish speaking) island. The islanders are opposed to the award of the ferry service to the Queen of Aran, a 40 year old (refurbished) boat which they say is not fit for purpose in those waters. Some concerned families have said they might be forced to relocate to the mainland – the beginning of the death of an Irish speaking island community. Some islanders have said they will block the docking of the Queen of Aran if necessary.

Bernard Moffatt (Celtic League Manx Branch PRO, for many years CL Gen Sec, when he ran the Military Monitoring campaign which focussed on sinking of trawlers by submarines for decades) said “Emphasis must be placed on compliance with the latest SOLAS (Safety of Life at Sea) regulations of the International Maritime Organisation which Ireland has to adhere to as part of the IMO. You would think in a sea area like NW Donegal you would want a ferry that met the latest SOLAS requirements”

The islanders marched from close by, where their coaches had to park, to the Dáil, led by the ‘King’ of Tory Island, Peatsaí Dan Mac Ruairí playing his accordion along with other musicians. He addressed the meeting, outlined the islanders’ grievances and called on the Government to act on them and provide a reliable safe ferry service to Tory. See photos below 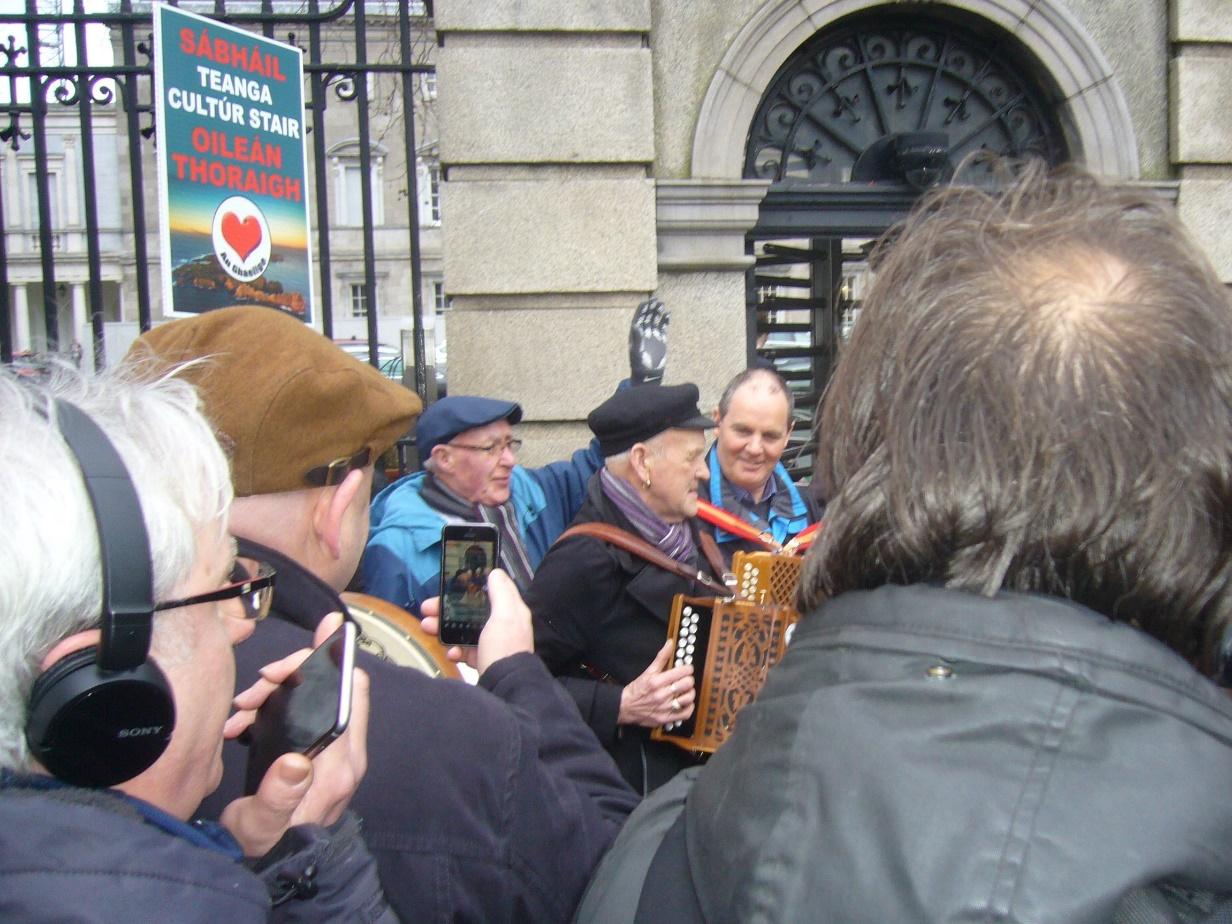 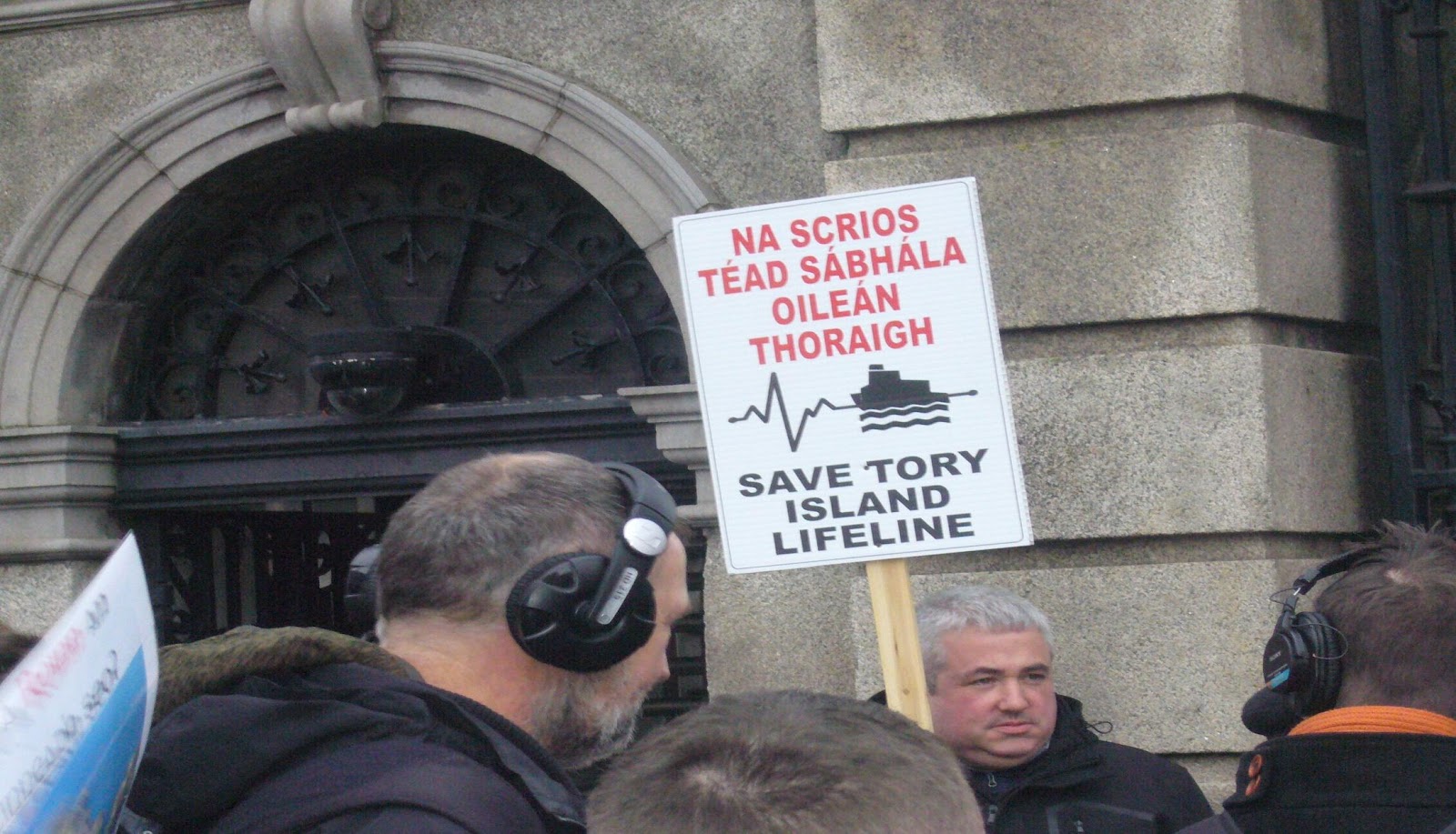 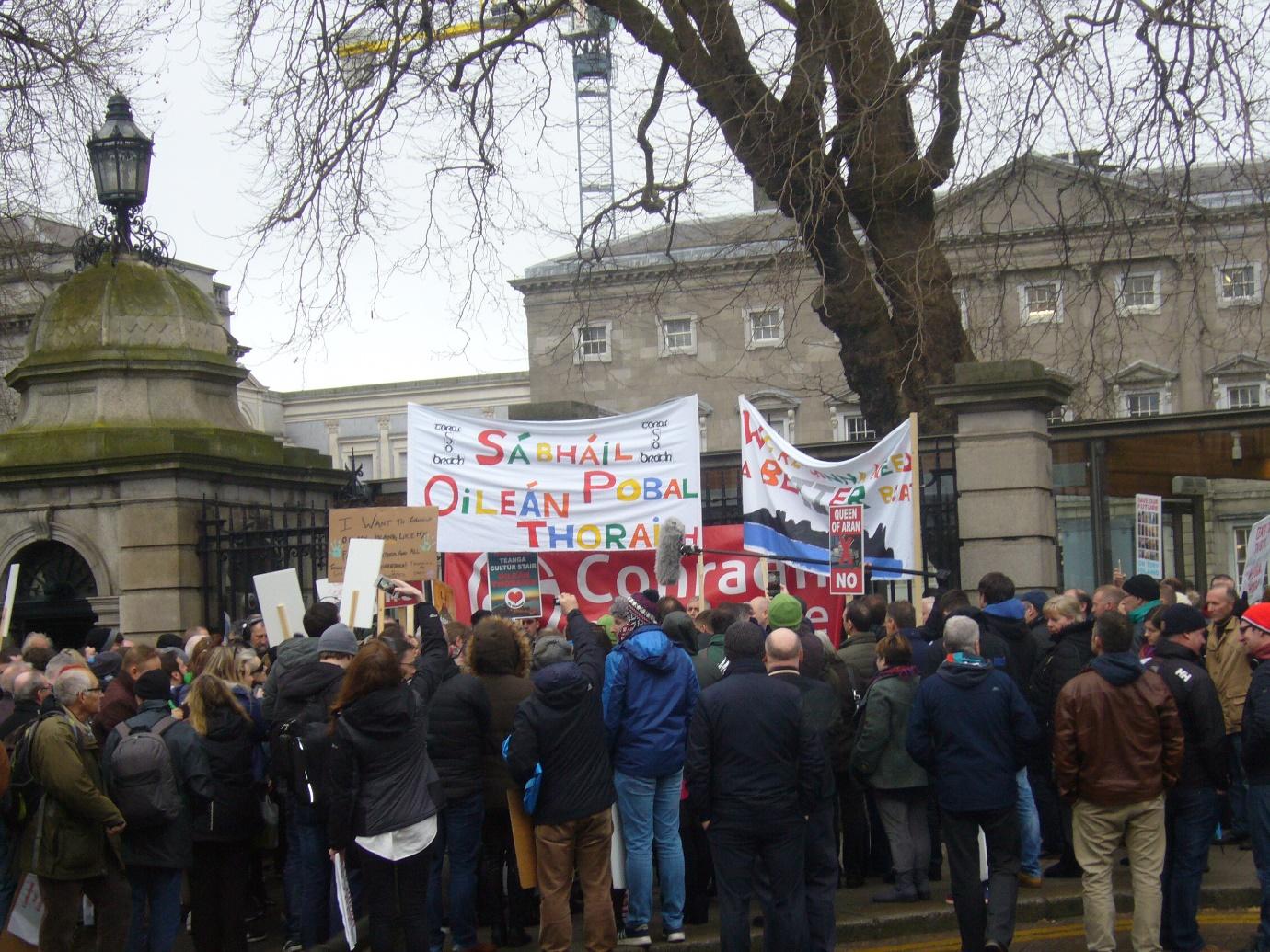