Because his death occurred at the time of the Easter Rising Sheehy-Skeffington is often associated with the Easter martyrs of the 1916 rebellion but that’s not strictly the case, Skeffington although a supporter of Irish Home Rule favoured the Irish Volunteers led by John Redmond. Indeed during the Easter rising he attempted to assist an injured British soldier in the fighting around Dublin Castle and later tried to stop looting in Dublin.

Skeffington was arrested as part of a general sweep in Dublin by members of the 3rd Royal Irish Rifles led by Captain John Bowen-Colthurst, He was later summarily executed (murdered) with others having first been injured and finished off. Bowen-Colthurst was later tried by court martial for the murder and although sentenced as insane to be detained at Broadmoor Asylum he was released after 2 years with an Army pension.

Skeffington’s widow Hanna was also a radical feminist, suffragette and supporter of trade unionism also campaigned for Irish independence. After her death, efforts in these causes were redoubled.

Her son Owen eventually became a Irish Senator and indeed you could say the family’s campaign zeal goes on to this day – Owen’s daughter, Dr Micheline Sheehy Skeffington, won a gender discrimination case against NUI Galway in 2014.

Hanna Sheehy Skeffington died in April 1946 and is buried with her husband in Glasnevin Cemetery, Dublin.

Image: A tragic grey day in May 1916 for Irish suffragette/nationalist Hanna Sheehy-Skeffington (right), shown arriving with Meg Connery, sisters Mary Kettle and Kathleen Cruise O’Brien at Richmond Barracks for the court martial of Bowen-Colthurst who murdered her husband Frank in April. 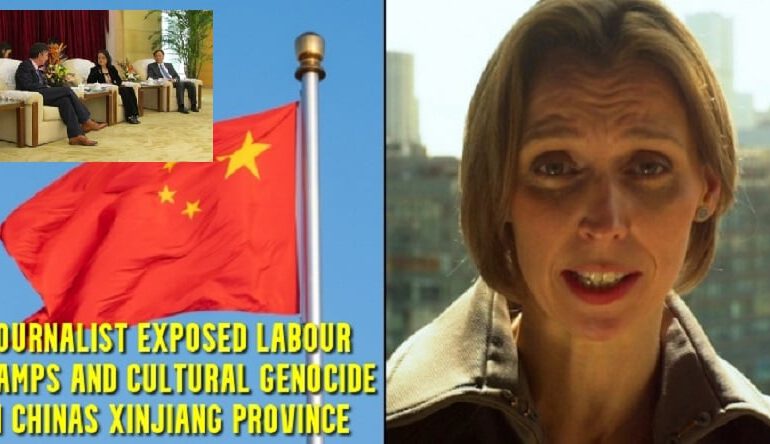