Link here to the site global forest watch which gives not only in depth statistics on the current massive fires in Amazonia but also globally including the recent fires in Siberia and the Arctic.

Apparently some G7 leaders are animated about the current Brazilian government response to the rain forest fires but in truth the G7 and the insatiable quest for ‘growth’ which not only infects large States but small ones like us is part of the problem. 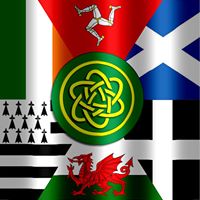 Successful 2019 AGM of the Celtic League held in Carhaix, Brittany