The English ‘give them an inch and they will take miles’ you could say!

Settle down this is not an Anti-English polemic. We may be lots of things in the Celtic League but we’re not racist. It’s just that I was reading (what limited information I could find) on the LOST LANDS LIBERATION LEAGUE which was a campaigning organisation that was set up in Wales decades ago and campaigned for the return of historic Welsh lands on the English side of the Welsh border to Wales. I knew about the historic border issue because we had an enthusiastic Secretary in the Welsh Branch of the League some years ago who was quite animated about that. I think he wrote an article for Carn. I’ll have to wade through the archives.

I also knew earlier that there were parts of ‘England’ where Welsh was spoken. My late wife Deirdre used to take summer holidays as a child with relatives in Kildare Ireland and Oswestry ‘England’ and she said in the latter she had heard Welsh spoken for the first time. You could say she had an early introduction to Inter-Celtic matters.

Anyway in my research on the LOST LANDS LIBERATION LEAGUE I eventually came up with this delightful video on Youtube shot in 1972 in which a news team asked townsfolk in Oswestry about the issue. I thought it was interesting that the first women interviewed who was in fact originally from elsewhere in England thought Oswestry was in Wales and thought of herself and her children as Welsh

Anyway I thought it was nice that sentiment was around forty odd years ago – then I found this: 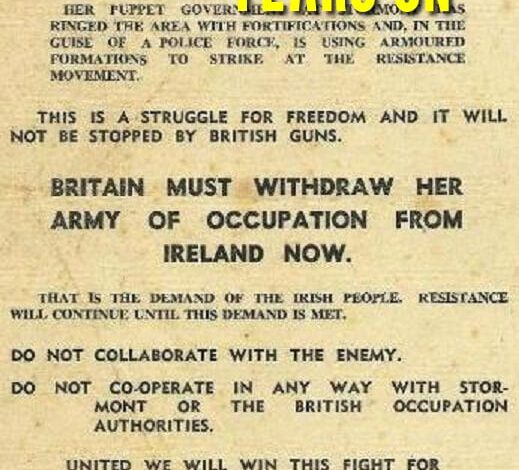 Sixty Years On From ‘Operation Harvest’ 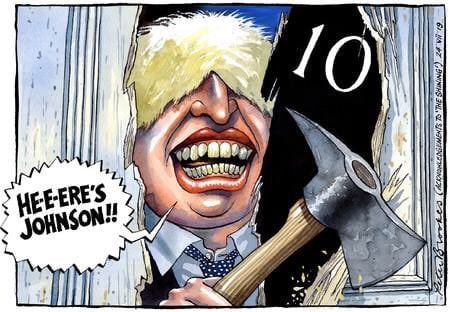 ‘Is the Johnson Government Returning to Colonialism’