One hundred and twenty two years ago in 1900 the Irish radical nationalist women’s movement’Inghinidhe na hÉireann was founded by Maud Gonne. Whether Gonne saw it going on to the wider role in Cumann na mBan is unclear but what is clear is that via its anti-recruitment role from the outset opposition to the British military pressence was enshrined in its aims.

The core Inghinidhe’s objects were defined as follows:

The re-establishment of the complete independence of Ireland

To encourage the study of Gaelic of Irish literature, history, music and art, especially among the young, by the organising and teaching of classes for the above subjects.

To support and popularise Irish manufactures.

To discourage the reading and circulation of low English literature, the singing of English songs, the attending of vulgar English entertainments at theatres and music halls, and to combat in every way English influence, which is doing so much injury to the artistic taste and refinement of the Irish people.

To form a fund called the National Purposes Fund for the furtherance of the above objects.

They sponsored classes and entertainment for children and adults, and protested at the British army recruitment centre in Dublin.

The Inghinidhe performed tableaux vivants on themes from Irish mythology and world history] It also produced Irish plays with male actors recruited from other nationalist groups.

In 1908, the Inghinidhe launched a monthly magazine, Bean na hÉireann, which was edited by Helena Molony. Among the contributors were PH Pearse, Thomas MacDonagh, Sidney Gifford (under her nom de plume John Brennan), Maud Gonne, Constance Markievicz, who wrote the gardening column and Molony herself who wrote the Labour Notes. There were articles on politics, the vote for women, nationalism, language – and regular columns on labour issues, fashion (stressing Irish-made clothes), gardening, articles in Irish in the cló Ghaelach (as Irish was always then written and printed), a children’s section with competitions, etc. It was popular with both men and women.

In 1914 the organisation was wound up with members merging with Cumann na mBan or some joining Connolly’s Irish Citizen Army. 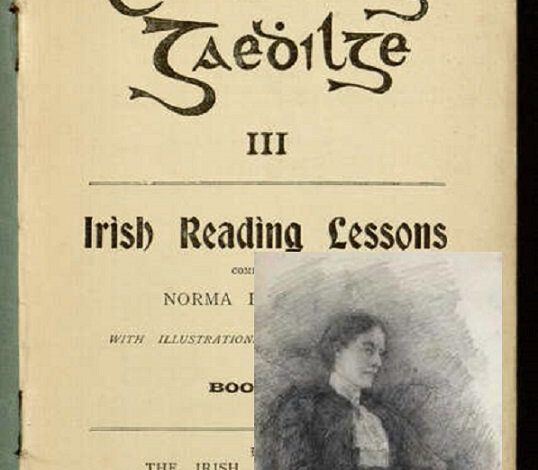 I Stumble On A Name 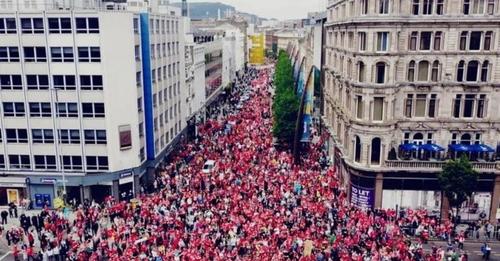 Big March in Belfast in Support of Irish Language Act