The State of ‘Northern Ireland’ was created 100 years ago. It was an artificial creation from the start. Ulster has nine counties, so to create a ‘State’ in which one group (unionists/protestants) would have a majority the British government restricted the new ‘State’ to six counties and left out three counties (Donegal, Cavan, and Monaghan) in which there were sizable protestant and unionist minorities. It is fair to say therefore that the new ‘State’ was viewed with a degree of disdain by both Nationalists and Unionists from the outset. See the article in Celtic League magazine CARN 179 (Mothership Prepares to Abandon the Colonials) which shows the attitude of Unionist Leader Edward Carson.

The nationalists were denied the United Ireland they had fought for and the protestant minority in the abandoned Ulster counties felt betrayed. This ‘State’ was a flawed creation from its beginnings, and it has been a running sore ever since 1921.

A boundary commission was set up to make partition more palatable to the Irish Delegates at the Treaty negotiations by holding hope of some border adjustments. This was a cynical move by Lloyd George and Winston Churchill compounded when the appointment of the Chair of the Commission ensured a permanent majority for the British. Anticipation on the Irish side was that large portions of South Armagh and South Down would be recommended to be transferred to the Free State. Only very minor changes were recommended. The whole exercise was a farce and an example of imperial manoeuvring. Publication of the final report was suppressed.

The new ‘State’ created its own internal security force which led to it being the one part of the United Kingdom where the police were not only armed, but also had armoured cars and a substantial armed reserve i.e., the B Specials. The result of that was felt just over fifty years later when the RUC and B Special Constabulary’s armoured cars opened fire with machine guns indiscriminately. One of the first victims of ‘the troubles’ was a nine-year-old child Patrick Rooney. Patrick was in the bedroom of his home in the Divis Flats when rounds from a .303 machine gun crashed through the walls. This week it was determined that no one can be held to account for the incident and there is a lot of anger over the decision:

The Northern State was created with strategic imperial aims in mind and although many of the injustices are now gone and the demographic designed to sustain it has increasingly become meaningless the attitude of Boris Johnston with regard to Brexit and its negative effect on the Irish Peace Process shows that imperial aims do not change much.

A fair bit was written about the 100th anniversary and it was remembered by the Unionists and then DUP leader, Arlene Foster, as something to celebrate and by others as the flawed concept it was.

There is a great article (link below) on how the economic demographics have changed which shows that there can be a brighter future for working people on the entire Island of Ireland when unity is achieved.

I mentioned the boundary commission and TG4 and the BBC had an excellent four-part documentary (Irish Language) on this some years ago. I thought it might have been on TG4 Player again, it certainly should be dusted down and given an airing. If anything, it illustrated how the whole concept of ‘the six counties’ was founded on duplicity and injustice.

Image: The Shorland armoured car used by the RUC and B Specials symbol of power and dominance to crush opposition via overwhelming force. 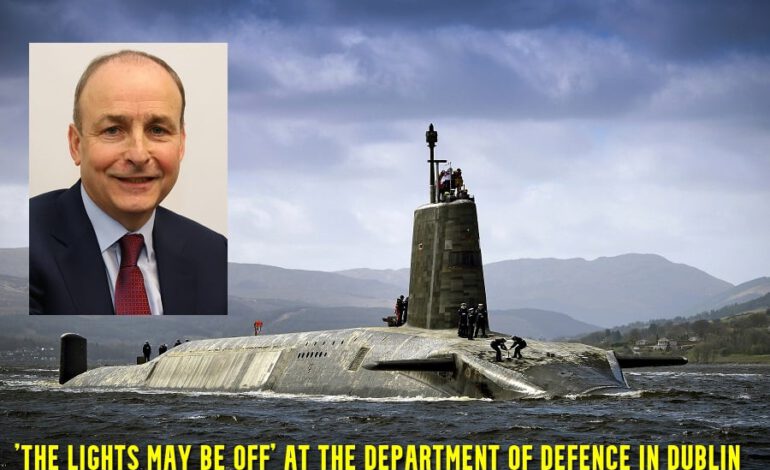 Something Fishy Off Donegal!