Seeing the report on the forthcoming book launch recalling Paul Lebiedzinski and his poems I remember Paul also featured in a Foillan films production back in the 1980s. If I recall correctly it was Yn Gaaue (‘the smith’) about John Kneen. Foillan Films was a self funding operation at the time and produced four films:

The last, a short film, (‘The Leaving of Liverpool’) is about the decision back in the early 1980s of the Steam Packet to move from Liverpool to Heysham. The film has in addition to dialogue music by Brain Stowell on ‘his box’.

Paul was in addition to being a great poet, contemporary, political (serious and satirical) and nostalgic, also a singer and musician. He adopted ‘the box’ and mouth organ as well and in another Steam Packet connection I recall on a return journey from a League Dublin AGM him regaling the passengers in the saloon on the Dublin – IOM boat with songs and poems all the way across – some feat given the journey was about five hours. The tourists loved it – helped no doubt by the fact we were all in the bar. It certainly set their holiday off on the right note.

There is a wealth of material of Pauls and I hope the new book will do him justice. A very dear friend of Paul was Pat Bridson who now lives in Dublin and was Editor of Carn for many years. Pat had an enormous trove of Paul’s material which she lodged with MNH.

I hope the book launch will be the start of a rediscovery of Paul’s work and will also lead to a desire to celebrate some of the other figures of that era no longer with us. They all had one thing in common: they loved the Isle of Man and they did not like the way in which its people and culture were being marginalised. They became active and did a great deal to celebrate and preserve what we enjoy today.

Image: Pat Bridson prominent nationalist pictured in the 1970s – she lodged a great deal of Paul Lebzienski’s work in the Manx Archive. 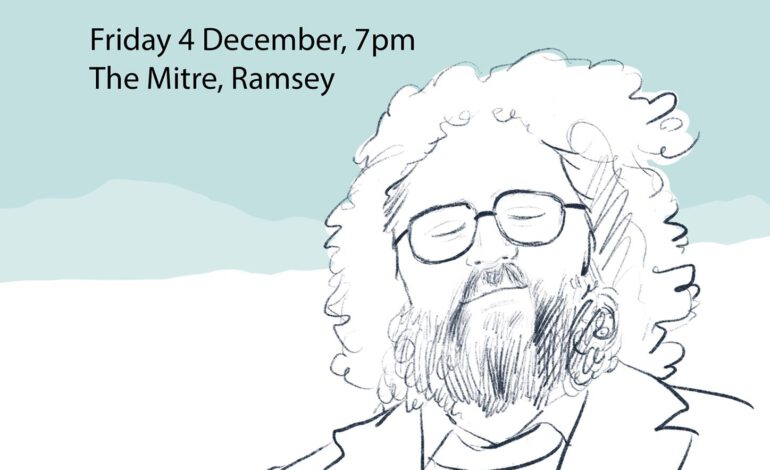 Book of Paul Lebiedzinski’s Poetry to be Published