The story about Rathlin Island labelled the ‘UK Island’ with no coronavirus drew a fair bit of interest. So I thought I would go in search of more on this very ‘Irish’ Island.

Although I’ve been all over Ireland East Ulster is the least visited part. However I did get dragged to the Giants Causeway by my wife on my 50th birthday (many years ago) and also on one occasion attended a conference as a speaker in Ballycastle. The latter was interesting because as Ireland emerged from the troubles the conference room contained political persuasions of all varieties, Sinn Fein, SDLP, Unionist, DUP, Independents even a representative from the Dublin government and in addition to me someone from Lancashire! Out in the bay Rathlin Island loomed large but my sojourn did not allow time for a visit.

It is of course steeped in the history and indeed the prehistory of Ireland. This area features prominently in the Annals of Ulster. The Sea of Moyle is at the crossroads between Scotland and Ireland and right in the middle is Rathlin. I found this article online about East Ulster Irish and it records the death of the last native speaker (Bella Mckenna) in 1985. Fortunately, echoes of Manx, she was recorded before her death:

Also in Nils Holmer’s ‘The Irish Language in Rathlin Island’ he states that ‘the people of Rathlin considered themselves nothing but Irish’:

(Full pdf download at the link but it takes a while)

Rathlin and East Ulster echo on in the modern history of Ireland as just around from Ballycastle and in close view of Rathlin is Murlough Bay. Murlough Bay was the favoured burial site of Roger Casement. While awaiting execution in Pentonville for his part in the events leading up to the Easter Rising he wrote:

“Take my body back with you and let it lie in the old churchyard in Murlough Bay.”

Sadly it was not to be Casement was buried in the prison cemetery at Pentonville leading to repeated attempts over the years to have his remains repatriated. Eamon De Valera said of repeated denials of requests for the return of the remains:

“So long as Roger Casement’s remains remain within British prison walls, when he himself expressed the wish that it should be transferred to his native land, so long there will be public resentment here at what must appear to be, at least, the unseemly obduracy of the British Government.

”Finally in 1965 Casements body was returned to Ireland but after five days lying in state at Arbor Hill he was buried in the Republican plot at Glasnevin in Dublin.

A memorial cross (Celtic design) was erected at Murlough Bay in 1929 and still remains there although disfigured in 1956 as a reprisal over the IRA Border campaign (Operation Harvest) then underway. Even in death it seems Casement could not find peace!

So there you have it! The Children of Lir, the Kingdom of Moyle, the last remnant of East Ulster Irish and Roger Casement, Rathlin and the shoreline it overlooks is a real corner of Ireland!

Image: ‘Children of Lir’ Statue at Ballycastle – Inset: The original Casement Cross at Murlough Bay before it was disfigured in 1956. 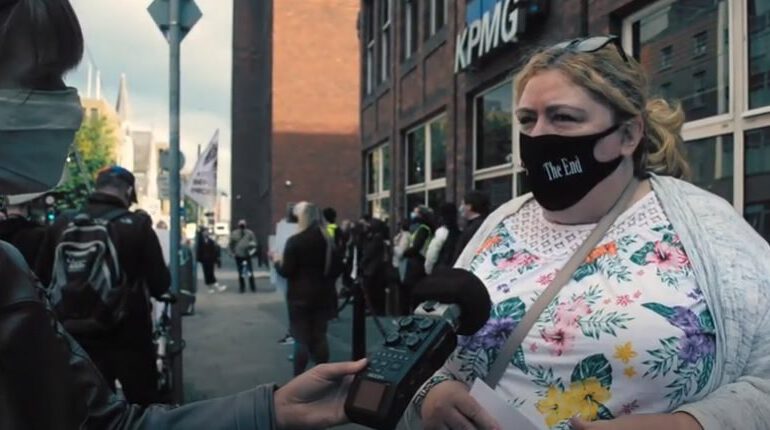 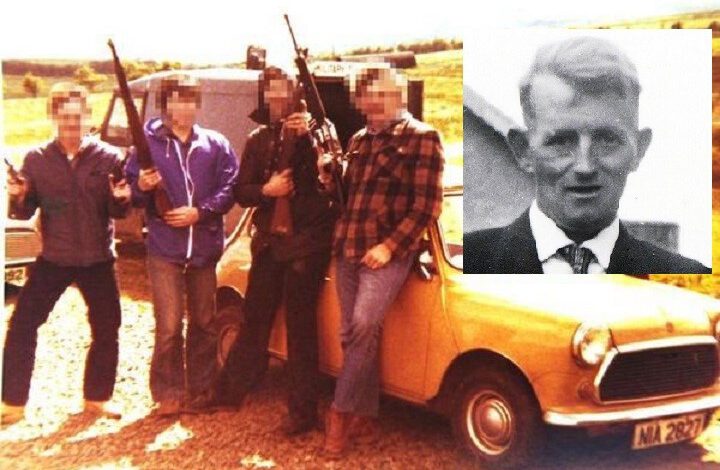