Scottish investigative site ‘The Ferret’ recently had this article about pollution from the Royal Navy base at Faslane on the Clyde:

“The Trident nuclear base has been condemned by the Scottish Government’s green watchdog for its “poor” environmental performance after it polluted the Clyde with toxic chemicals.

“The Ferret can reveal that the Scottish Environment Protection Agency (Sepa) criticised the Royal Navy’s nuclear submarine base at Faslane near Helensburgh for breaching pollution rules in 2019.

“According to the navy this was because a “higher than usual level of chlorination” was detected in the Gareloch off Faslane. The base uses chlorine to prevent its waste discharge pipes from becoming clogged by algae, barnacles and seaweed.

“Chlorine is classified by the UK Government as “very toxic to aquatic life” because it poses “acute hazards to the aquatic environment”. The chemical’s compounds in water are known to harm fish, shellfish and other wildlife.

“Full article at this link:

(if you can support ‘The Ferret’ with a sub or donation)

Note: as part of its military monitoring over many decades the Celtic League highlighted pollution from and around military bases both active and disused across Britain and the six Counties. For more detail you can access the Celtic News (older) Archive on our website and do a CTRL+F search of the pdf using the word ‘pollution’. 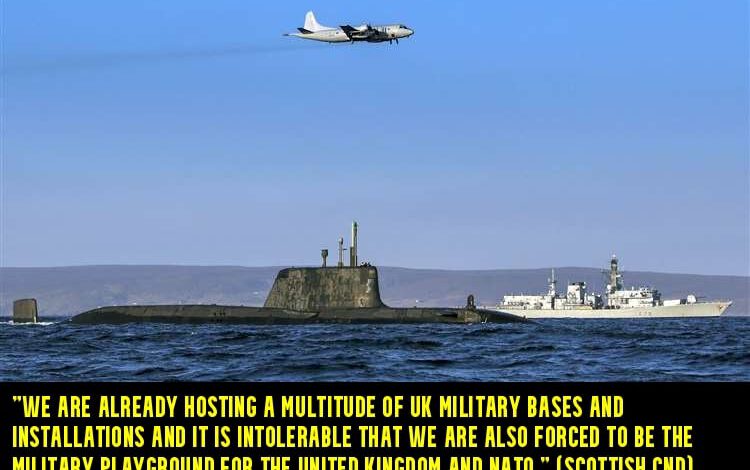