This article sets out the inception of the campaign in Mannin and its adoption as policy of the League. It continues with a summary of the main successes achieved and includes reference points in various issues of CARN which are available online at our website https://www.celticleague.net/carn/

Celtic League Military Monitoring was initially a Mannin Branch initiative. It grew out of a Manx domestic organisation The Anti-Militarist Alliance (AMA, comprising the Western Branch of Mec Vannin and the Celtic League Mannin Branch). It subsequently became a Manx League Branch campaign and was eventually extended to all the Celtic League through a resolution adopted at the AGM which was held in Dublin in 1982. (See Carn 39 Page 18 AGM resolutions).

The Manx Branch initiative was prompted by three issues. Primarily the use of the British army at its base facility in Jurby to support its operations in the North of Ireland, the environmental impact of military exercises, and the operation of the Jurby sea bombing range (separate from the Army facility) which was used mainly by the USAF/NATO. AMA and then the Mannin branch had some success in relation to the range issue and in 1980 the UK MOD had to drop a plan to expand the facility to incorporate a much greater area offshore. The area over the Isle of Man was also proscribed for low flying below 2,000’. It is the only area of the UK and Isle of Man where such a proscription applies, and I was told just a few months ago by a former RAF military jet pilot that the prescription is still in place 40 years later and adhered to. The AMA period spanned 1976-79 and in that period the organisation produced a newsletter, the Celtic League and AMA News, copies of all issues are deposited with the Library of Manx National Heritage.

At the Dublin 1982 AGM, I was appointed Assistant General Secretary and set about implementing the Military Monitoring resolution adopted by the conference.

Our primary focus was on:

It was more difficult, but we also tried to incorporate Breizh into the overall programme although this was a problem due to logistics and of course the limited means for communication, compared to today. It may be mentioned however that the Irish and Breton branches assisted Secours Populaire Interceltique, who sent a trawler full of relief supplies for refugees from the North after the Loyalist pogroms in 1969. In recent years, the CL supported the Bugaled Breizh campaign by relatives seeking answers about the sinking of the vessel and to bring closure, see below.

I should say at this point that AGMs of the League had taken decisions over military issues impacting on our countries prior to the formal military monitoring programme. In 1971 at an AGM in Glasgow, the League announced the setting up by the Irish Branch of a campaign to persuade Welsh and Scottish troops sent to the North of Ireland to desert, and assistance was promised. This achieved considerable publicity in the Scottish media. In 1979 the AGM in Cymru had opposed the recruitment and use of troops from Celtic countries in the six counties. Additionally, an AGM in Breizh had opposed conscription.

The methods used to apply some focus to the Military Monitoring campaign involved building a network of contacts in newspapers and with other groups. In the latter category Irish CND and the Faslane Peace Camp spring out as examples. Also developing media contacts, particularly with regional media in the Celtic countries. For example, in Belfast, Edinburgh, Cardiff, and Dublin. We achieved a fair amount of coverage although strangely the major breakthrough came via an English newspaper, The Liverpool Daily Post, which did a two-page centre spread on our campaigns focused on the submarine related accidents involving Motor Fishing Vessels (MFVs). 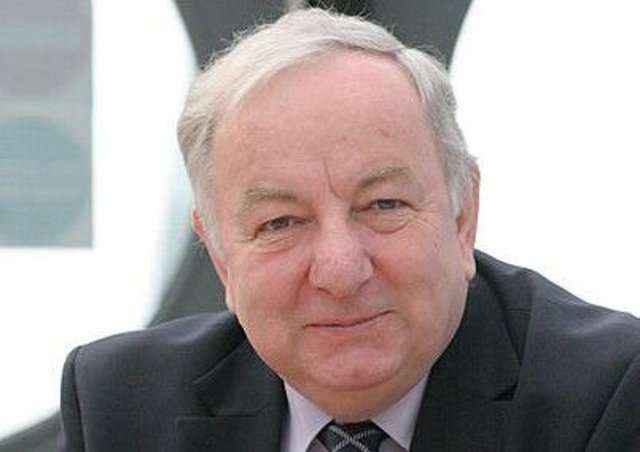 After the scaling down of our monitoring campaign at the end of the cold war and my retirement as General Secretary, I lodged many boxes of files with the Manx National Heritage (MNH) Library. These files have been a source on several occasions for both researchers and journalists. For example, in the 1990s we cooperated with a Japanese researcher on a formal project for the Diet (Japanese parliament). We also cooperated with US/Japanese researchers and TV crews such as the French Channel TV5 Monde.

A detailed history of Celtic League military monitoring would fill a book. Several summaries of work as it was in progress are in various issues of CARN, some of which are referenced in this report. There is also a very considerable number of good summaries in the News archive on the Celtic League website, particularly in the older pdf files. However, sadly a lot of documented material from 2000-2009, which was on our Yahoo Newsgroup, was lost when Yahoo unilaterally cleared the pages. The hard copy period from 1976 – 82 in Mannin is well documented in the files we lodged at MNH. The period from 1982 – 2007 of correspondence is also well documented and secured by the deposit of records with MNH.

In addition to correspondence (and it was copious) with the UK and other agencies, I also deposited between 30-40 books of news cuttings which indicates the scope of publicity achieved. It is fair to say that we got coverage for the monitoring campaign in papers as diverse as the Galloway Gazette and the Los Angeles Times. TV and radio coverage was also extensive, and we had feature items on radio and TV in countries as diverse as Japan and Norway.

The Celtic League Military Monitoring was a tremendous success, not least because we turned back the carpet on several issues that the military wished to keep hidden. The campaign in terms of time and effort was very consuming and although it continues it is at a very reduced tempo as the level of military activity from the end of the Cold war until about four years ago was also very much reduced. However, recent events show that the impact of military activity and its detrimental impact on the environment and people of the Celtic countries has not gone away and will not change for the foreseeable future. Our main partners for cooperation now are PANA (Peace and Neutrality), Ireland, and Forces Watch UK 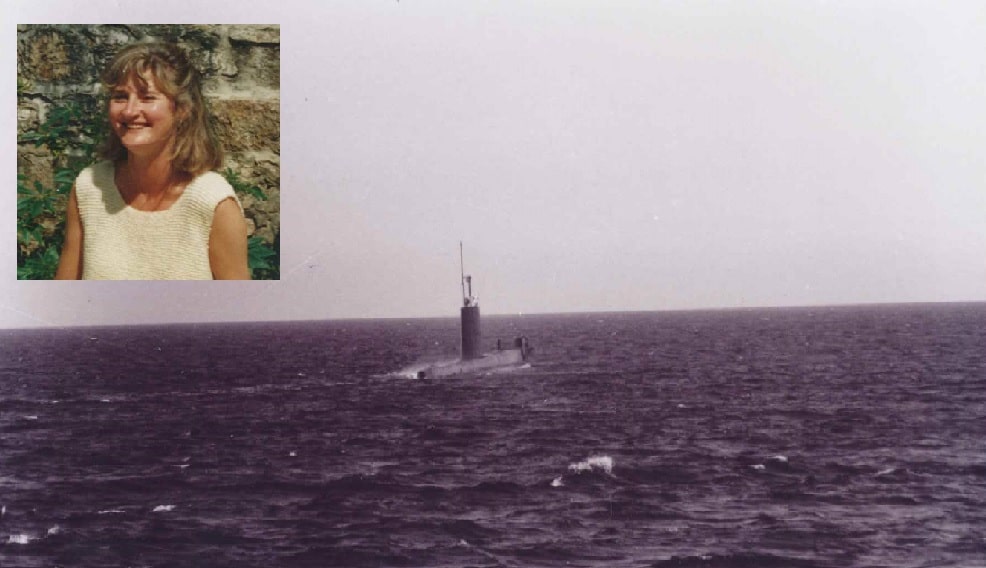 Picture above: HMS Porpoise photographed just hours before it sank the Irish MFV Sheralga off Co Louth. The photograph was taken by Dee Moffatt (inset) who was also involved in other aspects of the Military Monitoring campaign for many decades.

Unfortunately, some later sinkings/snaggings showed that this protocol for submarine behaviour in fishing areas or near fishing vessels was not adhered to.

Picture above: Bessbrook British Army base in South Armagh. Sited at an old Mill complex Bessbrook was the busiest Army Air Corps base in the North of Ireland supporting operations along the border. At one time it was described as ‘the busiest heliport in Europe’ the Celtic League highlighted accidents involving AAC and RAF helicopters 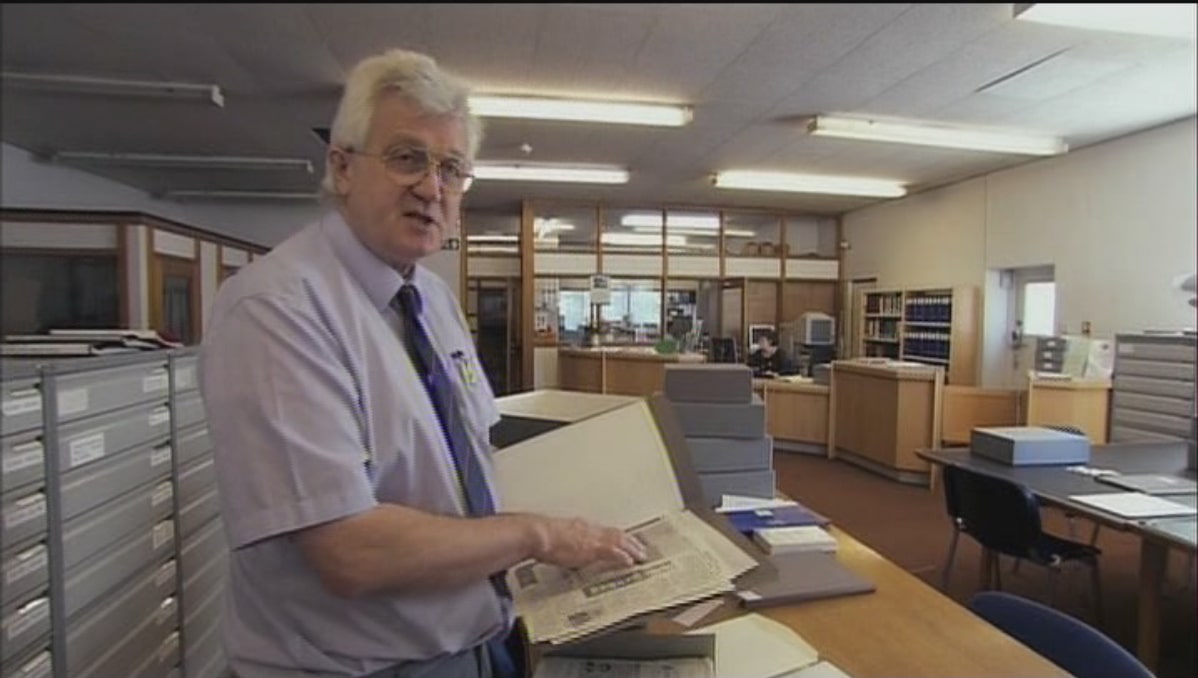 Picture above: Bernard Moffatt GS/DOI explaining a point to a TV reporter from TV5 Monde as a documentary film was being shot in 2005 at Manx National Heritage Library where a substantial number of box files on the Military Monitoring campaign are held.