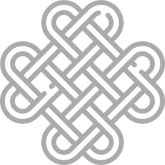 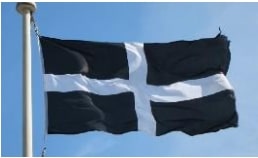 Kernow (Cornwall) has been described as the least autonomous of the Celtic nations. It is wrongly termed as a county of England when it is actually a Duchy. The Cornwall Branch of the Celtic League has played an acknowledged and recognised for its role in the achievement of the official recognition of the Cornish People as a National Minority in 2014. This follows from the recognition of the Cornish language in 2002. The Branch has participated in many successful campaigns that have made national news and changed central government policy. The Branch also continued to monitor the distant Westminster Government, its agencies and the secretive establishment known as the Duchy of Cornwall. The Branch is proud to be very inclusive and counts amongst its substantial membership, people from a wide variety of professions and trades, ethnic backgrounds and range of political views. The struggle for an autonomous Cornwall continues.

Mebyon Kernow believes that the historic nation of Cornwall, with its own distinct identity, language and heritage, has the same right to self-determination as other constituent parts of the UK, such as Scotland and Wales. We are leading the campaign for the creation of a National Assembly for Cornwall. For more information on our proposal, please read our policy document:

“Towards a National Assembly of Cornwall“ 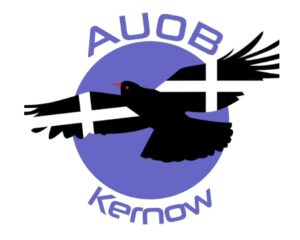 To the fore in this struggle at present is the newly founded AUOB (All Under One Banner) which embraces all Nationalists and Language organisations, and indeed people from all walks of life who oppose the many negative issues that impact Kernow:

All Under One Banner

The Kernow Branch of the Celtic League supports all efforts toward Cornish Autonomy, and to that end includes links to each campaign below:

Decide which campaign(s) you support after researching them. Promote the campaigns on social media. Write to your MP and ask for their support. Write to them free here: https://www.writetothem.com/ Some of the most crushing effects of the Duchy of Cornwall is our Duke’s continued claim to rape us of our resources. We feel that our economy will never recover while our Duke maintains his claim to our mineral rights and “Bona Vacantia”

In Wales, the claim to mineral rights was waived in 2014 (https://www.bbc.co.uk/news/uk-wales-north-west-wales-29799715) and it is high time that the rights to Cornwall’s minerals were returned to the Cornish people.

The right of “Bona Vacantia” entitles the Duke of Cornwall to take all the assets of dissolved companies and people who die without making a will. Why should Europe’s poorest region be paying one of Europe’s richest men? This right too should be returned to the Cornish people.

Help us plan the campaign, let us know if you want to join this campaign please contact us.

Follow the link and find out who your local Members of Parliament are. Write to them and ask the following: Write to Them

• Do you support a Cornish assembly?

• What are you doing to support Cornish language and culture?

• What are you doing to support the Cornish minority?

• What are you doing to protect our right to protest against an unfair government?

Post your replies online or pass them to us and we will publicise what candidates are saying and highlight any inconsistencies in their responses.

Effectively Cornwall Council is stymied, it has less powers than local government had forty years ago. Cornwall Council makes decisions, but those decisions are limited by Westminster policies and our Council has no power to address what Cornwall needs.

However, your local councillors need to be told that you do not want these Westminster policies imposed on Cornwall. Instead, tell your councillor that you want an “Empty homes” tax. Regardless of whether a home is classed as a business or not, if it is left empty for more than six weeks, it should be subject to an increase in council tax levied on its owner. Even if Cornwall

Council does not have the power to implement this tax, you need to tell your councillor how you feel.

In the twentieth century, Cornwall was moving towards regional specialisation. Since the 1980s, the unit cost of labour has remained static or even declined. What that means is that the ordinary worker has seen their ability to live, their cost of living has increased beyond the ability of their wages to keep up which is why so many working people in Cornwall live in caravans.

When tin mining collapsed in 1986, policy makers seem to decide that Cornwall was only fit for tourism. Since then, Cornish people have been subject to low wages and massive cyclic unemployment. No policies have addressed employment in Cornwall, and even people in jobs are subject to funding whims.

Cornwall is subject to an “Extractive Economy” because too many businesses operating in Cornwall has bosses outside of Cornwall; Devon and Cornwall Police headquarters are in Exeter so Cornish taxpayers pay salaries in Exeter. There should be a Cornwall police force, with headquarters in Cornwall. Cornwall Heritage Trust manages the properties that English Heritage cannot make money out of, which again means that money spent in Cornwall goes to salaries in Bristol whereas if Cornwall Heritage Trust managed the profitable properties in Cornwall as well, then they could perhaps make Cornish jobs instead of Bristol jobs.

More than anyone else, the financial sector contributes to the “Killing of Cornwall” because they are run from London, and industries like insurance, banking, etc, all take money out of Cornwall to pay for champagne lunches in London while our population starves.

*Take your money out of London banks, and instead invest in local credit unions.

*Use Cornish Mutual for your insurance instead of foreign companies. *Buy your groceries from a local source wherever you can.

*Ask your local stores where their wares are made. *See where your election literature is printed and draw your own conclusions.

*Tell your local councillor to stop pandering to tourism all the time, stop giving so much taxpayers money to private firms like Eden that pay these low wages and cyclic unemployment and instead support our industries; farming, fishing, extraction, engineering and light industry, haulage, textiles, and yes tourism too, but balanced with our other industries.

*Lobby your MP (and prospective candidate) about Cornwall’s “Extractive” economy; are they arranging for a Cornwall police force?

*Are they arranging a Cornish Curriculum? Are they sorting out the management of Cornish Heritage?

The Kernow Branch of the Celtic League rejects the foreign depiction of Cornwall as a playground for anyone-but-the-Cornish. We want ownership of our culture, access to our history, culture and language and not the present piecemeal, tokenistic and meagre support our nation receives. We want our history, culture and language taught to our children.

Stand up for Cornwall by:

*Challenge everyone who denigrates Cornwall and/or the Cornish, whether it is in the press, or online in social media but “don’t feed trolls” – report them to the police and let us know the crime number

*Anyone who calls us a “county”, or worse “county of England” need to be informed that while we are governed as if we were a county of England, this denigrates our status as a Celtic Nation. If people want to engage the “Cornish” then they must include our views, and it is our view that Cornwall is a country, or Duchy if you prefer. Wherever you see the “C” word, please challenge it – politely at first.

*Call for Cornish media; a newspaper that is independent and not a puppet of Northcliffe media – in the Scottish independence referendum all of the (London owned) newspapers were exposed as horrifically biased against Scottish self-determination, and debates in Cornwall are hampered by the biased nature of our foreign-owned media.

*Keep a close watch of television media – some of us have refused to pay our TV Licence and so cannot watch current TV, but those who do need to keep an eagle eye and “speak the truth” to those who would impose their naked, anti-self-determination biases on an unsuspecting population.

*Go to Cornish events, and if they are not respecting the Cornish then let them know – last year members were appalled at the organisation of Penryn’s Glasney Memorial Day which was hosted by the very forces that the commemorated Cornish were destroyed by. So go to Cornish events but have a critical eye and DO give feedback.

to find the Cornish version of your address, and give it to us and to everyone else – the postal service WILL

deliver mail to addresses in Cornish so long as they include a postcode.

*If you have children at school, ask for the school to teach Cornish to them. If they refuse then let us know.

*Report to us any instances where you have been denigrated for your Cornishness; if you are told your accent is too strong, if you are refused employment, if you are passed over for promotion and you think that it was because you are Cornish, then please let us know and we will support you.

This is a long, long list of campaigns, so while we appreciate your efforts, the best help you can give is to encourage more people to take part in all of our campaigns.

Link The Case For Cornwall A lengthy historical piece with many references.

Useful Information for the Cornish People