The Irish Aviation Authority has issued a warning notice (NOTAM) to Civil aircraft about a military exercise being held by Russian naval units to the South and West of Ireland. The area is traversed by air routes to North and South America. Africa and the Iberican peninsula.

Airspace is closed below 11,000 feet however Airliners will probably avoid the area:

“A notice to air traffic control from the IAA stated that “pursuant to International Civil Aviation Organization annex 11,15 and for safety of air traffic in the area you are kindly requested to issue international notam [a notice to airmen] to temporarily close above area for flights from surface to 11,000 metres”.

“Russian naval exercises are due to take place in early February… within Ireland’s exclusive economic zone but not in Ireland’s territorial waters.

“Under international law, including the UN Convention on the Law of the Sea, states are entitled to carry out naval exercises in another states’ EEZ. The Irish Aviation Authority was informed of the exercise via standard procedures and has issued a statement to that effect.

“In light of the current political and security environment in Europe, the Department of Foreign Affairs has raised a number of concerns with the Russian authorities in respect of these exercises. We will continue these discussions in the coming days.” 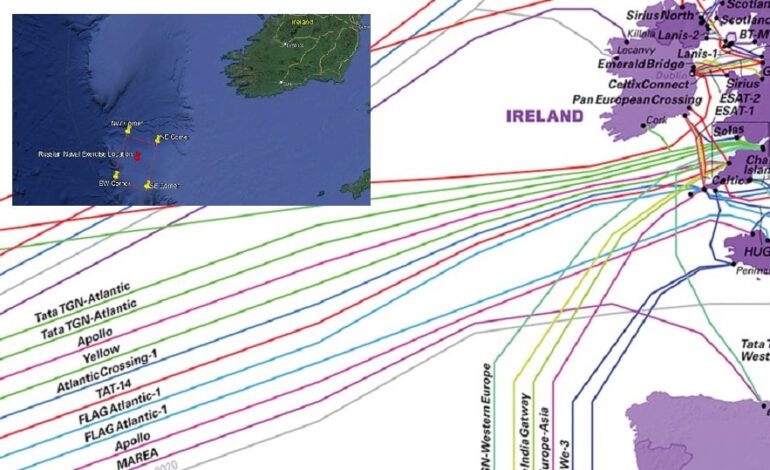 Strange Place For A ‘Russian Holiday’ – Perhaps Not!