Report here from Manx Radio on the recent British Irish Council (BIC) meeting in Mann that focused on indigenous languages. A reporter interviews Ministers from Mann, Wales and Ireland:

https://www.manxradio.com/news/isle-of-man-news/minority-languages-discussed-by-british-irish-council/
Ministers are asked where they are up to after the twenty year life of the BIC in promoting the various languages and there’s a mixed response. I suppose a more interesting view on the BIC effort would best be provided by the various bodies that support the languages(Cymdeithas yr Iaith Gymraeg, Yn Çheshaght Ghailckagh, Conradh na Gaeilge etc. A future exercise for the League perhaps.
Whatever its successes over the languages a notable failure is the inability of the BIC to help solve the issue over the Irish Language Act promised under the terms of the St Andrews Agreement.
Seán Kyne TD, Government Chief Whip and Minister of State with responsibility for the Irish Language, Gaeltacht and the Islands refers to the visit of De Valera in the 1940sto Mann and the work of the Irish Folklore Commission that then provided equipment and resources to activists from Yn Çheshaght Ghailckagh to record native speakers of Manx. This of course was hugely important and cooperation thereafter between unofficial bodies like the Celtic Congress and League also helped sustain all the languages in the days before there was a more general and proactive government input.
Eluned Morgan AM, Minister for International Relations and Welsh Language in the Welsh Government has some great pics on her twitter feed of visits to the Bunscoill so she could see the future first hand.
https://twitter.com/walesintheworld
As an aside the visit of Seán Kyne reminds me that I must prompt our Irish branch to press him on where we are at with the Tory Island ferry issue which was active almost two years ago.
Image: Eluned Morgan with Julia Matthews Headteacher and pupils at Bunscoill Ghaelgagh
Bernard Moffatt
Assistant Genera; Secretary
Celtic League (23 November 2019) 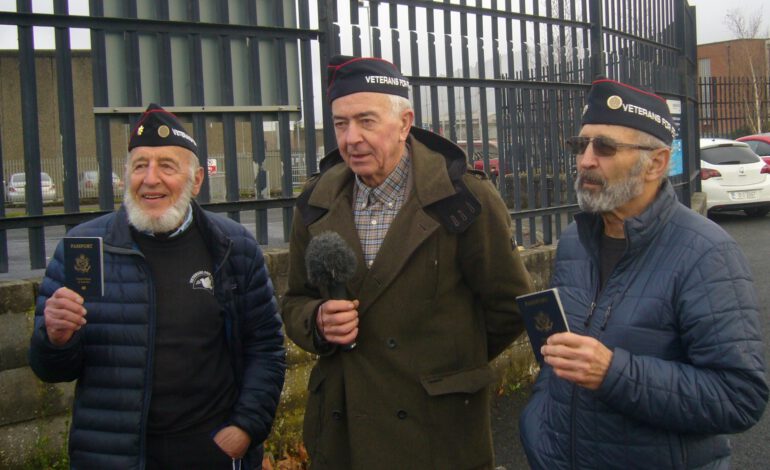 Latest News on US Vets – Home for Christmas! Best Wishes