“It was sad and shocking to hear … that the Welsh patriot, John Jenkins had left us,” said Owain Williams – one of the founders of MAC, who was also jailed for bombing the Tryweryn dam in 1963.

“When thinking about what he achieved in a relatively short period of time during the 60s, it is increasingly apparent to all who understand politics that his sacrifice has contributed more than any other event to what happen today, “he said.

“When we see the success of Yes Cymru’s campaigns, how many people realize the importance of his sacrifice during that time?”

His struggles undoubtedly led to a national awakening unprecedented since the time of Owain Glyndwr, 600 years ago. When our Parliament was set up in Cardiff Bay 20 years ago, very little of our population realized an important part of That evolution was the suffering of John Jenkins.

“Among the things that took place during the ’60s was an event called’ Investiture ‘that ripped the nation, many of John Jenkins and MAC’s actions were based on opposing the royal circus in Caernarfon.

“It is impossible in a few words to pay homage to John. I have only the greatest admiration for him – I am proud to have the privilege of knowing him because I have more respect for him than almost anyone else.

“The fact that he gave his nation more than anyone else, he did not receive a red penny for a lifetime of campaigning, his pay was suffering and being excommunicated by most of our nation. Peace to his ashes.”

(Owain Williams one of the founders of MAC)

Image; John Barnard Jenkins in his uniform as a British Army Officer

Full article in Welsh at this link: 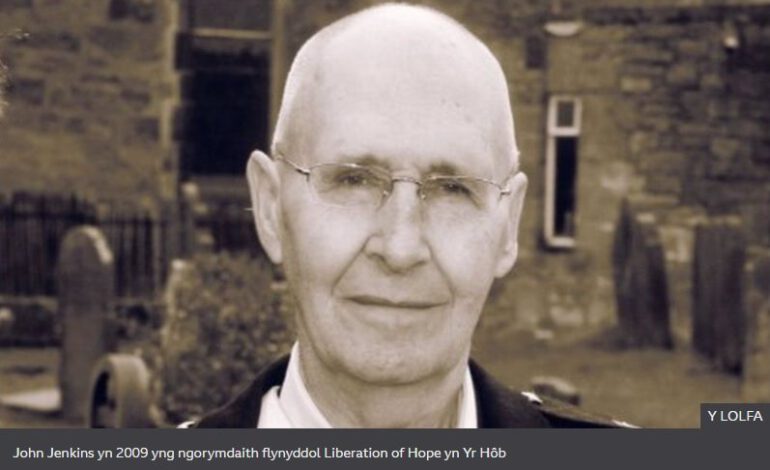 Did Jenkins Give NATO a ‘Headache’ That Lasted Long After His Imprisonment?