I’ve been dusting down items from the past as I compile material for my contribution to the Leagues 60th anniversary and I find my copy of ‘High Intensity Subversion’.

I mentioned ‘the dirty war’ in Ireland during the troubles in a post recently and the fact that the template for the counter gangs strategy was Brigadier (later General) Frank Kitsons manual ‘Low Intensity Operations’. Kitsons script is still essential reading for aspiring military high fliers at the British Staff College. You could say it’s part of ‘the cultural DNA’ of the mindset of right wing military thinking that still drives ‘the United Kingdom’s’ armed forces.

Kitson himself was a cold fish. In his book ‘War without Honour” (page 29) Captain Fred Holroyd wrote about a lecture Kitson gave at the British Army base at Ashford (The Joint Services Intelligence Training Centre) in 1973. Speaking of Kitson he says:

“He was rightly considered the top man in his field. Kitson spoke very clearly and very slowly, almost as if he was addressing a crowd of schoolchildren; and I realised the tactical philosophy he was expounding was rather different from that normally associated with the British Army. The logic of the use of infiltration, pseudo-gangs and deep interrogation, to defeat terrorist opposition was nonetheless compelling. I was yet to see how it worked in practice – and just how it could involve breaking the law and imitating terrorism to achieve its ends.”

Holroyd knew what he was talking about. He was a member of the Special Military Intelligence Unit of the British army based at Portadown between 1969 until 1976 when he resigned. Holroyd saw the worst of the excesses in the early 70s and broke ranks after resigning by publicising some of what he knew.

As Kitson was training Army officers how to ‘break the law’ his seminal work also provoked a response from the (Anarchist) Left and Cienfuegos press published the counter to Kitson’s ‘Low Intensity Subversion’ in 1981 ‘High Intensity Subversion’. Cienfuegos was run by Stuart Christie out of Sanday in the Orkney Islands. Christie who died last year was a genial character. I corresponded with him in the 70s and 80s when we started the Celtic League Military Monitoring and he forwarded several publications including the book gratis. Stuart had a colourful background having been involved in a plot to kill Franco in 1964. Sentenced to 30 years he was eventually released after 3 but never lost his commitment to anarchism and remained an activist.

The riposte to Kitsons work is credited to ‘Ronin’ and reputedly written by Belfast anarchists. However I personally believe that Christie had no small part in its creation. Anyway here’s the ‘official line’:

“Cienfuegos published, Ronin’s High Intensity Subversion (1981). It is a thick, large format, image heavy booklet, all designed and illustrated by Les Prince. At least in terms of design and aesthetics, It feels a bit like a labor of love by Prince. He clearly invested an immense amount of time and energy into it, it’s bursting at the seams with images and is pushing hard against the limits of pre-computer type-setting and prepress. There are dozens of original illustrations and cartoons, as well as lots of photographs, processed in a half dozen ways (from different sized halftones to over-saturation to drawn over). The cover is a strong duotone, ugly but powerful. The credits say it was printed “by Belfast Anarchists.”

‘High Intensity Subversion’, in the increasingly jingoistic Britain of Boris no self respecting reactionary should be without a copy. Secondhand versions are pricey; perhaps it’s time for a reprint dedicated to Christie and Cienfuegos Press!

Link: Review of Christie’s ‘Granny made me an Anarchist….’ 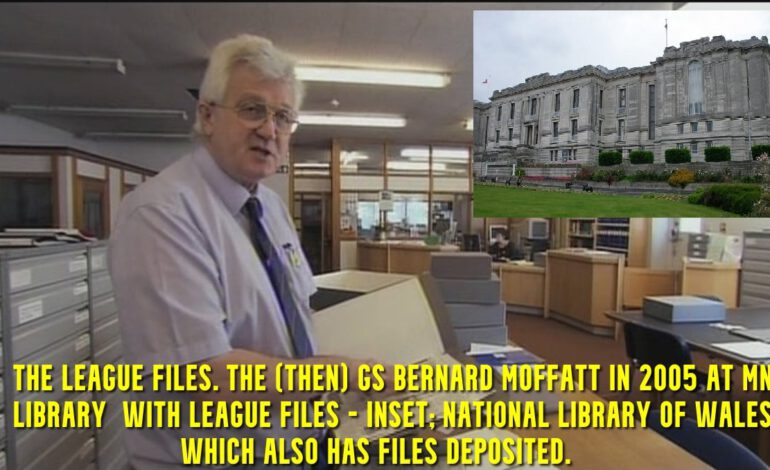 Getting To Know The League 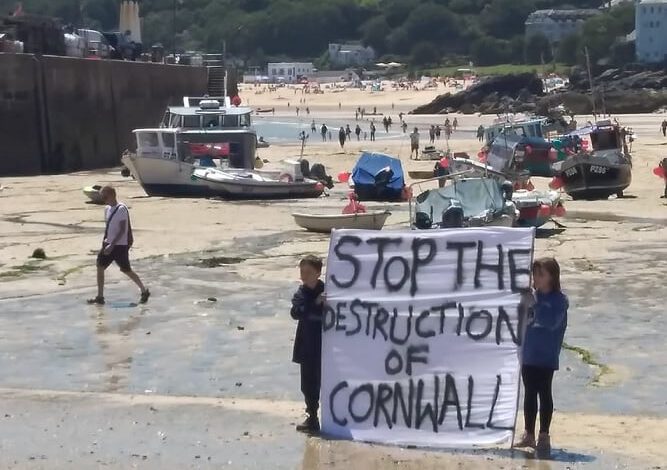 Children Spell It Out For G7 Leaders