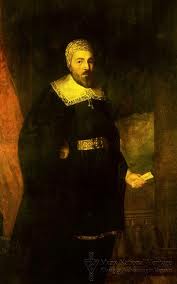 The annual Illiam Dhone Commemoration has taken place at Hango Hill, Castletown where the Manx Martyr was executed on January 2nd 1663.

The ceremony was opened by Mark Kermode who recorded his thanks to the officers and staff of Manx National Heritage who had turned out over the Xmas holiday period to remove offensive graffiti daubed at the site.

The two orations in Manx and English were provided by Stewart Bennett and Laurence Skelly MHK respectively.

A wreath was laid at the site and proceedings concluded with the singing of the Manx National Anthem.

The speeches in both Manx and English were available at the ceremony published in the Dhone commemorative issue of Yn Pabyr Seyr (the Mec Vannin news-sheet). The text will be available on line at the Mec Vannin web-site shortly.

Despite the inclement weather numbers attending the ceremony were up on previous years with an estimated 140-160 people attending the event.

(This article prepared for CL News by Bernard Moffatt)

The General Secretary will determine the appropriate branch or General Council Officer to respond to your query.