“There is a crisis on the top of the world – literally. On the China-India border in the Himalayas the two sides are squaring up militarily. So far they’ve only been throwing rocks at each other which is ironic given that one of the structures in the area is labelled ‘The Rock of Peace’.

I’m old enough to remember the last round of this half a century ago when Zou Enlai and Nehru squared off. Since then both countries have moved on economically and militarily and they both have nuclear weapons:

The argument is a complex one that has its origins in lines drawn by the British when India was ‘the jewel’ of its Empire and also historical precedent.

It also is linked to the status of some of the small border States under India’s sphere of influence who have more in kind with Tibet than China or India. As usual ‘when big boys play’ in this world minorities suffer. That’s not to say that minorities in China such as those in Tibet or the Uighur do not already suffer dreadfully.

In another irony the Chinese seem to have upped the ante after India changed the status of Ladakh. The Chinese don’t like this however they have just done the same with the status of Hong Kong. These are not reasonable people.

What does it matter to us? Well many Celtic countries see a bright future in trading with China. China-India trade links are ‘good’ we are told (see link) and only this week as other countries were asking what went on in the lab in Wuhan Leo Varadkar was chatting to his chinese counterparts.

In Scotland Nicola Sturgeon sees ‘The East is Red’ as the future as well:

Meanwhile even in tiny Mann the idea of trade links and ties to a country that occupies its neighbours and represses millions in concentration camps (sorry reeducation centres) seems enticing:

What China and India are doing on the India – China border is destabilising to world peace. What China is doing to minority peoples in denying them freedom and suppressing minority languages and culture is indefensible.

Image: Leo chats to the Chinese Premier a few days ago as China embarked on the mother of all ‘Indian takeaways’! – inset ‘The ghost of Zhou Enlai’. 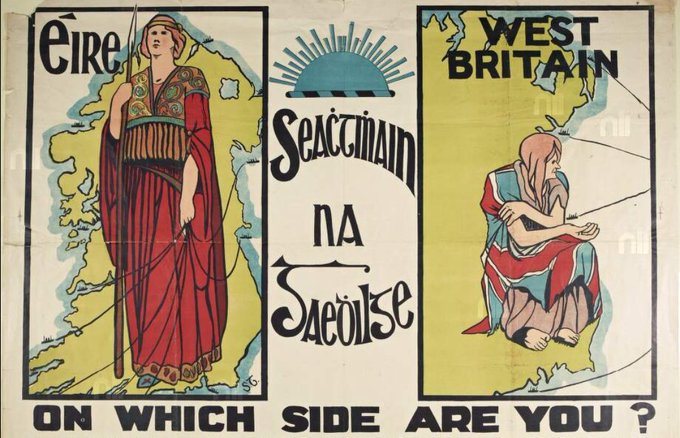 ‘On Which Side Are You?’ – ‘Where Art and Nationalism Meet’