The Irish Peace and Neutrality Alliance (PANA) and the People’s Movement organised an excellent conference “The EU – Talking Peace and Preparing for War” on PESCO on Sat 17th Feb. It was held in the historic Oak room in Dublin’s Mansion House at the invitation of Dublin’s Lord Mayor, Mícheál Mac Donncha (Sinn Féin), who opened and closed the conference.

PESCO is Permanent Structured Cooperation and is a provision of the Lisbon treaty relating to security and defence within the EU. Last December 23 of the 28 countries in the EU signed the military cooperation agreement, Ireland being one of 5 which did not sign. However, the same month the Irish Government (Fine Gael) with the support of Fianna Fáil and the Independent Alliance passed a Dáil motion in favour of Irish participation in PESCO. This is against Ireland’s policy of neutrality and in fact contrary to the Irish Constitution which clearly states that Ireland cannot participate in European common defence as outlined in article 42 of the Lisbon treaty,

The well attended meeting was addressed by a variety of speakers including TDs. (Dáil Éireann members), Senators and MEPs (see list below) and was called to initiate and give impetus to a broad campaign to oppose the Government’s plan. In the course of the conference details of PESCO were given and the deterioration in Ireland’s neutrality through involvement in EU Battle Groups and Operation Sophia, with its now changed emphasis from humanitarian operations in the Mediterranean to security and defence ones (leading to a dramatic decrease in lives saved). The links of PESCO to the European armaments industry were a common theme.

Many interesting contributions were made, amongst them those of Lynn Boylan (Sinn Féin MEP) who spoke out strongly last year on the vote, and the Independent MEP Luke Ming Flanagan who outlined the duplicity of the EU bureaucrats even in their dealings with MEPs. The presentation by Lave K. Broch from the Danish People’s Movement on how Denmark opted for exclusion from EU Defence policies and the extent of that was illuminating.

The vastly increased military spending and the effect of this on issues like social housing, and education were raised. Speakers made suggestions on future action and best ways to influence public opinion. Contributions from the floor benefited the debate.

As part of the Peace Platform the People’s Movement and PANA presented a declaration which began by stating that they committed themselves to campaign for the State to immediately formally withdraw from all military and financial commitment under PESCO. A picket of the Dáil will be held every month.

See https://www.pana.ie/  and the document ‘The European Union – Democracy and Empire’ also http://www.people.ie/. 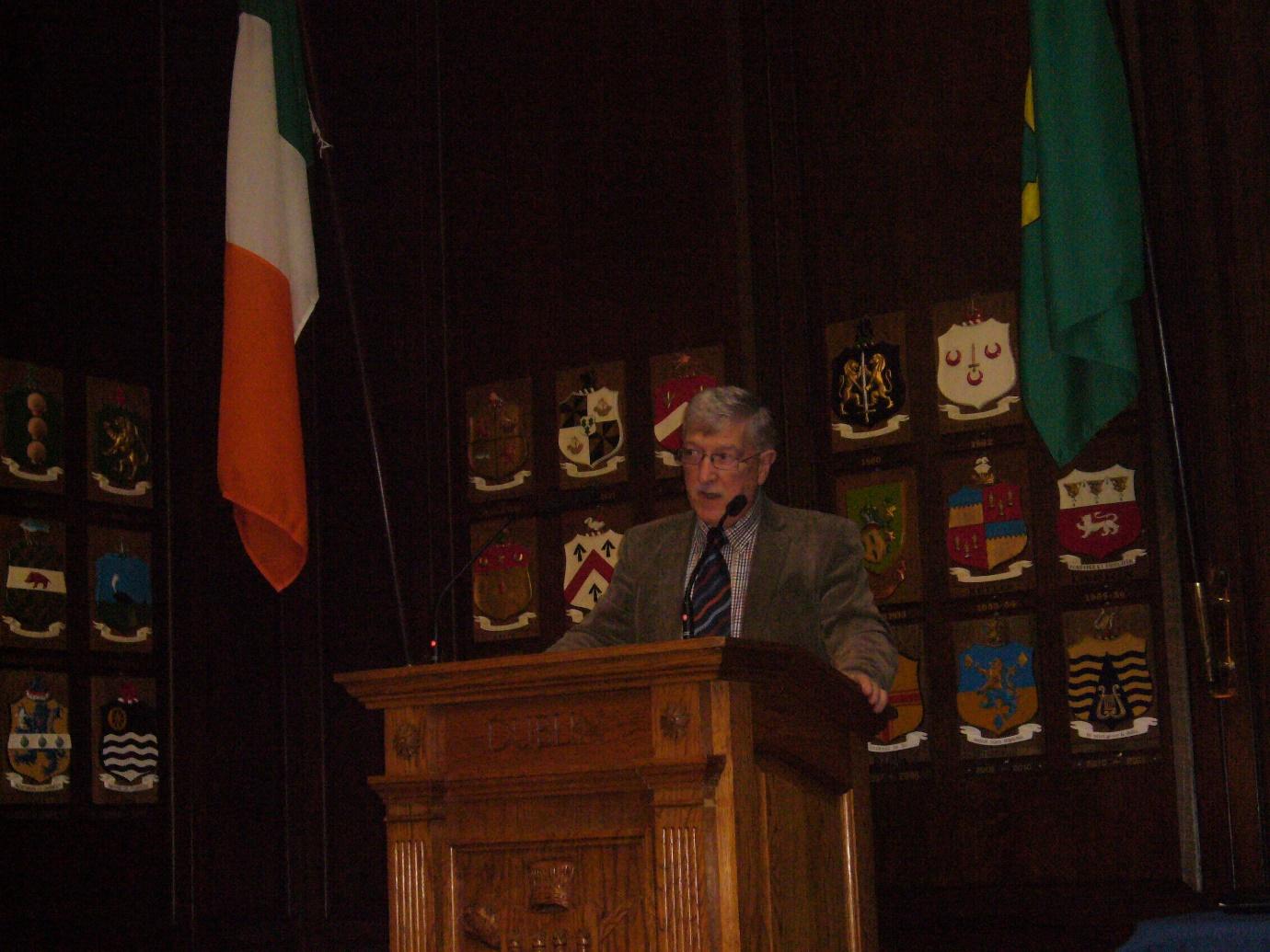 Roger Cole, Chair of the Peace and Neutrality Alliance, speaking at the conference. 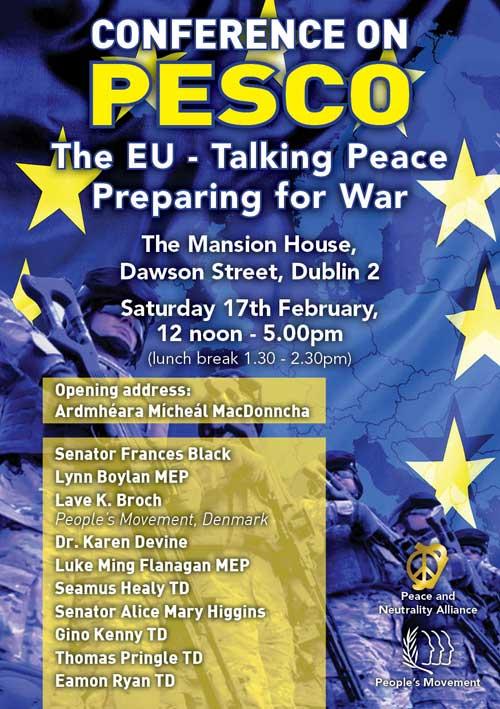 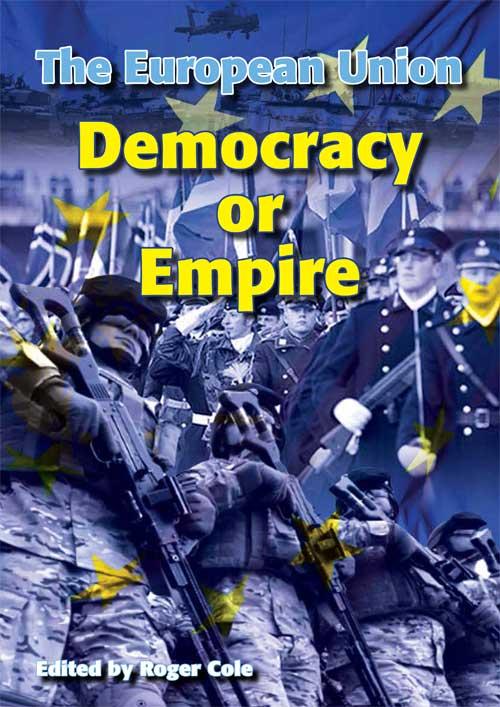 Something nasty in the water