Tomorrow is the eightieth anniversary of the occupation of the Channel Islands League Secretary Allen Moore asks what being defended by the UK means in that context. Additionally just days after the 80th anniversary of the German bombing of St Peter Port on Guernsey he asks why we now allow our air space to be used today to train Saudi pilots to kill women and children:

“In May last year I had an argument with Chief Minister Howard Quayle when he replied that the UK is responsible for our defence after me asking him to ask the UK to stop pilots of the Royal Saudi Air Force from using Ronaldsway Airport for training. The Saudi pilots were using Ronaldsway to practice for low approaches for when they are bombing civilians in the Yemen. Quayle subsequently claimed that it was OK as the Isle of Man was giving hundreds of thousands of pounds aid towards the relief of this humanitarian disaster in the Yemen. Much of that aid went to hospitals, but the RSAF targets hospitals in their murderous air raids.

“This week sees the 80th anniversary of the fall of the Channel Islands to the Nazis in World War 2. It suggests how dedicated the UK can be in its claimed responsibility for the defence of the Crown Dependencies, which we and the Channel Islands are. The Channel Islands fell to Germany on 1st July 1940 when the UK realised that it could not defend them against the Nazi forces positioned just across the water after the Fall of France. To the UK Prime Minister, Winston Churchill, the British Government was giving up the oldest possession of the Crown “without firing a single shot”. It sounded as if the loss of a Crown possession was a greater issue to them than the welfare of the people living there.

“It may seem churlish to focus on the failings of the UK at its darkest hour, but let us look at the responsibility of the UK to defend the Isle of Man. Who is defending who? As I said to Howard Quayle last year, if the Russian fleet arrived in Ramsey Bay, would the UK act to defend our interests or their own? Over the years, very many Manx people have rallied to the defence of the UK, both as conscripts (conscription was imposed in the IOM earlier in World War 1 than it was in the UK because of a particularly toadying Governor) and as people taking up employment in the armed forces. Their work and risk of death wasn’t primarily in our defence, it was in the UK’s.

“English football fans have a chant when their National Team is playing that of Germany: “Two World Wars and one World Cup.” That ignores the fact that the war effort was by the whole UK, not just England. Indeed, the people of many other countries contributed to the victories in the World Wars, including countries in the British Empire, the Isle of Man included.

“Other contributions to the defence of the UK were made by the Isle of Man as a place for internment and, in World War 2, airfields. Air crews at Jurby, for example, were involved in the defence of the approaches to Belfast. There is a plaque on the wall by the road outside Jurby Church announcing that there are some graves of Commonwealth airmen in the churchyard. Note that there are also graves of Polish and Dutch airmen at Jurby in addition to some from the Commonwealth countries of the UK, Australia and Canada.

“That large countries seem to have the arrogance of thinking that they alone won World Wars is reflected by Vladimir Putin’s recent comments in Russia. Of course, the USSR came close to falling to Nazi Germany because of weaknesses in military leadership resulting from Stalin’s Purges in the 1930s. Indeed, General Rokossovsky, who led Operation Ring which trapped the German Sixth Army in the Battle of Stalingrad, had been tortured by Stalin’s interrogators before the war.

“I mention the Battle of Stalingrad as it provided an example of the Isle of Man making a significant contribution to the overall outcome of WW2. Of course, many Manx people know of the work undertaken by the Manx Regiment in that war, especially during the Battle for Crete in 1941, when they shot down many of the Nazi aircraft who were transporting paratroopers to take the island. We also recognise the role that this had in the outcome of the war. The following is from the 1987 book “Air War for Yugoslavia, Greece and Crete 1940-41” by Shores, Cull and Malizia:

{The Transport Gruppen suffered a loss of 117 Junkers 52/3ms as total wrecks with 125 damaged…The true impact of this loss would not be felt until 1942 when the need to provide air supply to forces cut off on the Russian front came to a head at Stalingrad. Even by then the hard pressed German air industry had not been able to make good this catastrophic wastage.}

“Of course, people from many countries were involved on the Allied side in the Battle for Crete, but it is an example of how war, and therefore defence, is very much a team effort, not just the work of big and powerful countries such as the UK and the USSR / Russia. If it hadn’t been for the efforts of the Manx Regiment in Crete, Putin might not have been celebrating the military successes of the 1940s.

“Dealing with the Covid-19 is often portrayed as a war against the virus. Again, while not looking down on Tynwald’s role in controlling the disease in the Isle of Man, it has very much been a team effort. Howard Quayle may even have seen his visits to the UK to discuss the Island’s position in the negotiations on Brexit as being part of that negotiation team. It is regrettable, however, that he did not use those visits to say that we don’t want the RSAF to use Ronaldsway Airport to practice for death and destruction in the Yemen.

“My thoughts are very much with the people of both the Channel Islands and the Yemen at this time.

Image: The bombing of vegetable lorries at St Peter Port harbour by the Luftwaffe on June 28th 1940. They said afterwards it was a mistake just as the Saudi Air Force trained by the RAF says ‘it’s a mistake’ when they bomb a school bus or a hospital in Yemen!

Dolphin Bycatch off Brittany and the West of France 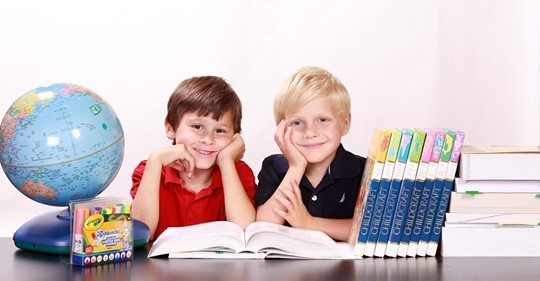