A crash in Cornwall of a Royal Navy Hawk T1 jet trainer reminds of the risk posed by military activity across the Celtic countries and also the chequered history of the Hawk T1 jet which had a high attrition rate in RAF service (losses exceeded 25%).

The Hawk Trainer in RAF Service operates extensively over the North Irish Sea and uses facilities in Wales and the Isle of Man for its training.

Celtic League as part of its military monitoring activity studied Hawk T1 attrition which included crashes in Wales, the Isle of Man and Cumbria. Following an accident in Cumbria safety recommendations suggested the RAF should fit the aircraft with a GPWS or RADALT however in correspondence at the time the MOD Defence Secretary told the Celtic League this recommendation was not being implemented.

Most Hawk jets now operational from RAF Valley are the Hawk T2 variant but the RN version which crashed in Cornwall is the older T1 and very likely did not have GPWS or RADALT fitted.

The United Nations ‘A Force for Good in a Troubled World’ 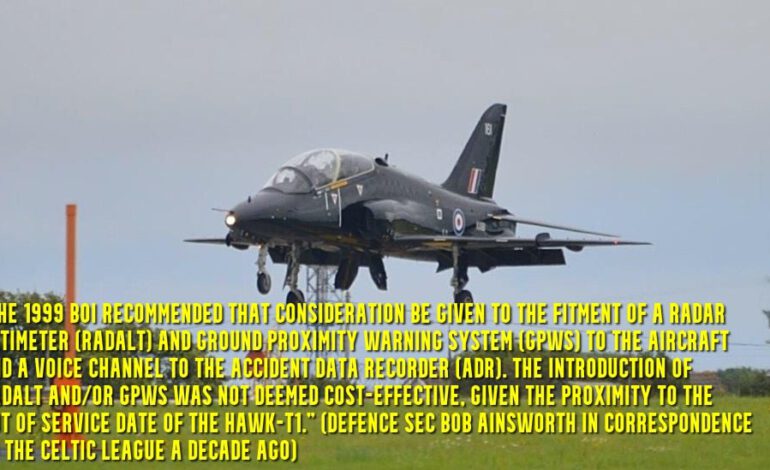