The verdict given by the Spanish Supreme Court on 14th October 2019 to convict and give prison sentences to nine pro-independence Catalan politicians of between nine to 13 years is appalling. The First Minister of Scotland, Nicola Sturgeon was correct in sending her thoughts and solidarity to those sentenced and their families. Also condemning the decision and pointing out that the future of Catalonia should be decided at the ballot box, not in the courts. In reaction at the time of the sentence she said:

“I am appalled by today’s outcome,”

“These politicians have been jailed for seeking to allow the people of Catalonia to peacefully choose their own future. Any political system that leads to such a dreadful outcome needs urgent change.

“The future of Catalonia should be decided through the ballot box, not in the courts.”

The Scottish First Minister added: “While it is not for us to take a view on the future of Catalonia, we do have a view on the upholding of democratic expression and civil rights and have a duty to speak up whenever and wherever those rights are under attack.”

Previous Plaid Cymru – Party of Wales leader and current National Assembly for Wales (Cynulliad Cenedlaethol Cymru) member Leanne Wood also stated her support for the jailed Catalan politicians and condemned the subsequent actions of the Spanish police against protesters in Catalonia.  Saying that she stands: “in solidarity with the imprisoned Catalan independence leaders. I want to also express solidarity with the Catalan people who remain steadfast in their determination to achieve independence. Their courage in the face of such horrific state brutality and violence remains an inspiration.” 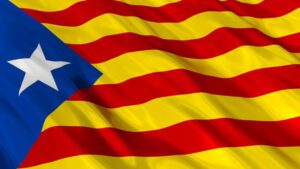 Kurds let down by the British now by the US

NATO Not Just a Nuisance a Danger