Shannonwatch, the peace group that monitors movements around Irish airspace and campaigns on neutrality has expressed concern about a US Navy Patrol aircraft being routed via Irish airspace.

The Boeing P8 aircraft was on a flight to a US base in Sardinia. The type is equipped to carry a range or ordnance. It’s not known if this was a routinely deployment or part of an increase in US military power in Southern Europe because if the current crisis in Ukraine.

The Irish government seems surprisingly laissez-faire about overflights by US military aircraft and there have been suspicions for years that prohibitions on munitions related to Irish neutrality are not adhered to.

The flight path of the P8 shows that it was routed around French airspace despite France being a NATO ally. Obviously France is more rigid in its application of protocols.

Speaking of protocol some years ago 1977 – 1981 when the Celtic League ran its succesful campaign about the proposed expansion of the NATO sea bombing range and low flying over the Isle of Man the MOD eventually conceded and banned overflights below 2000’. The main offenders had been USAF aircraft based in SE England taking a short cut across the NW of the Island to get to the range of RAF Jurby Sea bombing range (see below):

To ask the Secretary of State for Defence, whether any assurances have been given by his Department regarding low flying by aircraft over the Isle of Man.

Answer from Mr. Jerry Wiggin for Ministry of Defence – 05-05-82Military low flying is forbidden over the land areas of the Isle of Man.”

It just goes to show what you can achieve if you try hard enough. Someone should tell the Irish Foreign Affairs Minister! 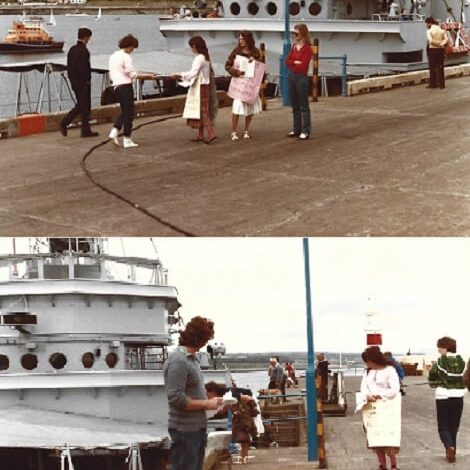