News from Mannin Branch of the Celtic League:

It was with great pleasure that I read the news that a book of Paul Lebiedzinski’s poetry is to be published by Culture Vannin.

Paul Lebiedzinski (1951-95), the greatest Manx poet of the 20th century, lived in Ramsey and performed his poems at social events around the Island, including at the Manx music sessions in the Whitehouse pub in Peel, which is where I got to know him. Some of his poems were deeply poignant, at the time and subsequently, such as concerning the closure of Lambfell Chapel and undertaking a job of thatching down south, the latter a skill seemingly now lost to the Isle of Man. Other poems concerned social issues, such as homelessness and immigration resulting from the government’s New Residents policy. What I remember most of all about Paul’s poetry was that many contained a lot of great humour, both about events, such as problems experienced by a ferry company in bad weather, and about individuals in the community of Ramsey.

Paul was a member of the Mannin Branch of the Celtic League for many years, attending a number of our AGMs.

“Until the Manxmen are driven away – The Selected Poems of Paul Lebiedzinski” will be launched at the Mitre in Ramsey on Friday 4th December at 7pm. Readings, music and song are promised. I will see you there. 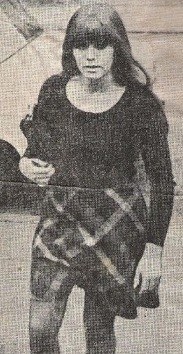 Recalling Paul on a Boat Journey from Dublin