Agnes O’Farrelly (1874-1951) pictured was a pioneering academic, feminist, professor of Irish at University College Dublin (UCD), Irish language novelist and a founding member of Cumann na mBan, the Irish nationalist women’s organisation. She presided at the inaugural meeting of Cumann na mBan in 1914.

O’Farrelly was an active campaigner in promoting equal opportunities for women in university education and was appointed a lecturer in Modern Irish at UCD in 1909. She was one of several university-educated female graduates to play key roles in various cultural nationalist organisations, most notably Conradh na Gaeilge (Gaelic League). In doing so, she became acquainted with Eoin MacNeill and Douglas Hyde.

She was also a friend to Roger Casement and was instrumental in organising a petition that vainly sought a reprieve of his death sentence in 1916. O’Farrelly was also an early advocate of the women’s game of camogie and founded UCD Camogie Club in 1914. She later served as President of the National Camogie Association. A prolific author, she wrote in both Irish and English, usually under the pseudonym ‘Uan Uladh’. The photograph is taken from an article by Columba Butler OSB reflecting on the life of Agnes O’Farrelly published in ‘The Capuchin Annual’ (1952).

This article sourced from ‘The Celtic Socialist’.

Note: Given the early years of her activism and connections with Hyde and the Gaelic League it’s likely that O’Farrelly was well known to Manxwoman Mona Douglas who spent a lot of time in Oreland in those years. 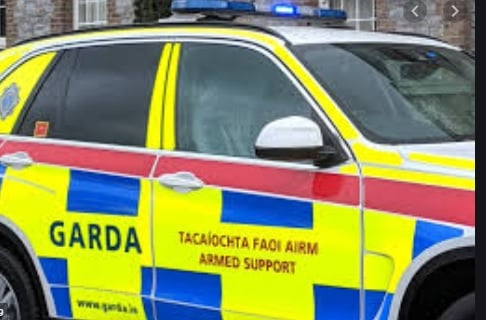 ARU Deployed Then Just as You Think Things Couldn’t Get Worse the SAS Appear!