Remembering Cesca Trench (Sadhbh Trinseach) who showed an artist’s brush could be as powerful as a rifle.

Achill Island a crucible of nationalism who would have thought? Exploring North Mayo some years ago myself and the late ‘Mrs M’ entered a large pub for midday lunch only to find it deserted. ‘Not much happens on Achill’, I thought until a roar emerged from an adjacent room. It turned out some crucial Gaelic Football Match was underway. So not much peace and no lunch there – we pressed on. Achill was a pleasant place quite remote and ‘out of it’. Yet it seems almost a century earlier it was one of those areas which was a crucible for the Irish national and cultural revival.

I’m reading about Cesca Trench, the artist and nationalist who spent time on Achill at Summer Schools. Trench, English by birth threw herself into the Irish Home Rule struggle completely. She took the Irish name ‘Sadhbh Trinseach’. Casca was prominent in the national movement and in keeping with the famous poster she designed her family seems to have had a foot in both camps. Her brother (Reggie) was an officer of the British Army and served in the Sherwood Foresters which you may or may not know seems to be the Regiment that constituted the firing squads for the leaders of the Easter Rising. A few months later Reggie Trench and most of ‘The Foresters’ were dead in Flanders, a tragedy some might say though others would aver ‘poetic justice’ for men who strapped James Connolly to a chair to shoot him because his wounds were so severe!

Cesca ‘got around a bit’ as a member of Cumann na mBan. She was based at Stephens Green during the rising and delivered first aid supplies to the GPO as the fighting raged. She had experience of the British Army in action earlier in her time in Ireland when (in July 1914) she witnessed the Bachelors Walk Massacre in which members of the Kings Own Scottish Borderers fired on civilians killing three and wounding thirty two at Lusk in North Dublin.

It was in art however that she excelled and poster design for the cause. In October 1913 Trench had moved to Paris to study art. There she began to draw political cartoons in support of Irish Home Rule. She also made an Irish ‘national dress’ costume, and poster designs for the Gaelic League paper An Claidheamh Soluis, edited by Patrick Pearse, and painted Irish scenes.

After the dust of the Easter Rising settled Cesca Trench returned to the cause continuing as a member of Cumann na mBan and wielding her pen and paint brush again sketching and painting. She was married briefly although her chance to play a part in the War of Independence was cut short. She died on Spanish Flu in October 1918.

Not much left to remember her by. A plaque on a house in Liverpool where she was born and brought up (did she visit Mann I muse). There is of course that famous ‘On WHICH SIDE ARE YOU?’ illustration. Its style strictly Gaelic revival circa 1900s yet still so apt. It’s been used in full or clipped form for decades since she composed it. 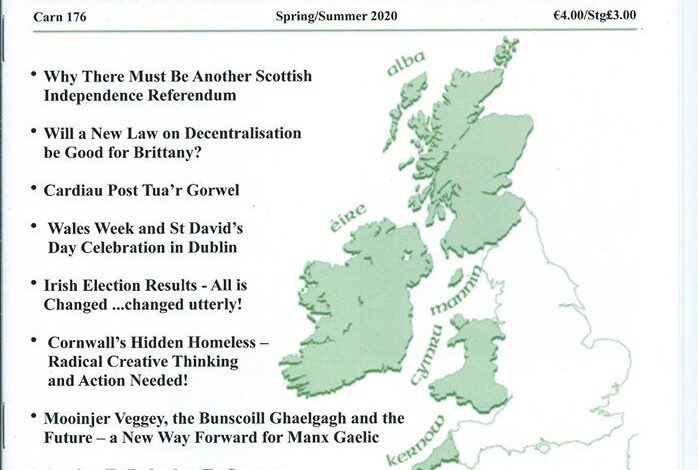 CARN 176 is being distributed 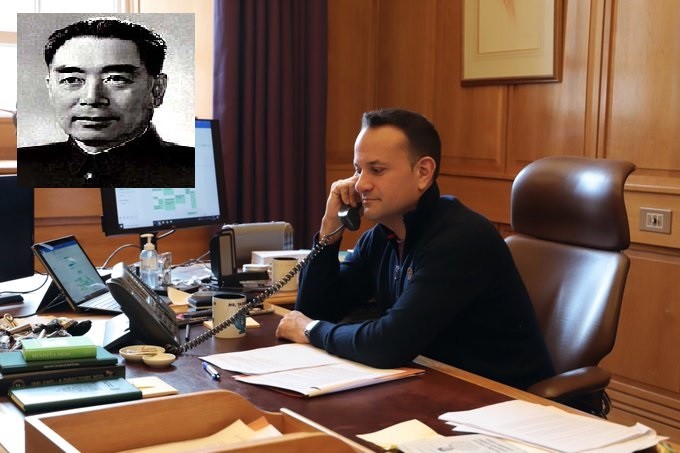